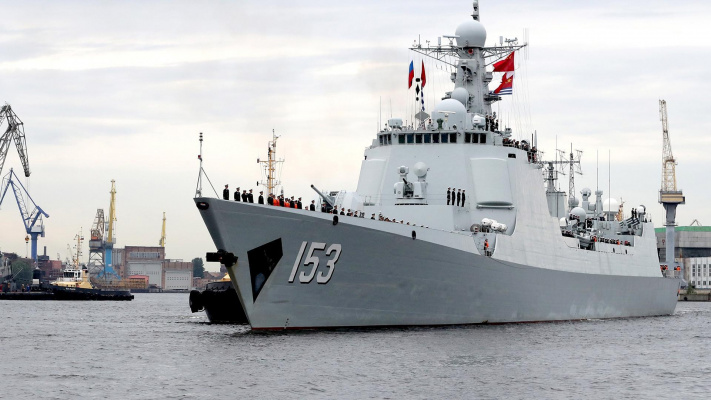 In the past few days, all Japanese media have been vying with each other to discuss the incident with a Chinese submarine spotted off Japanese shores. The whole incident consisted in the fact that the submarine was and that it was located near the territory of Japan.

China is not yet in a hurry to officially admit that the submarine off the Japanese coast was Chinese, although many facts indicate this. First of all, the newest Chinese destroyer, type 052D, was sailing in the vicinity of an unknown submarine.

In addition, the political context of the unfolding events is extremely important. The fact is that recently the US authorities have been especially active in persuading Japan to cooperate within the framework of their strategy of countering China. Moreover, one of the elements of such a policy of containment is the issue of Taiwan's independence, the raising of which by official Tokyo provokes extremely harsh reactions in Beijing.

Note that at the end of 2020, within the walls of Shandong University of the PRC, a discussion was held on the issue of countering the US strategy in the Indo-Pacific region. During the conference, Chinese experts drew attention to the attempts of the American authorities to create an anti-Chinese bloc, primarily including India and Japan. At the same time, experts from the PRC doubted that the United States would be able to pull Japan into its anti-Chinese alliance, which has close economic ties with China.

However, at the end of April 2021, a meeting was held in Tokyo between Japanese Prime Minister Yoshihide Sugi and US President Joe Biden. As a result of the negotiations, a joint statement was published in which, for the first time in many decades, Japan at the official level decided to speak out on the Taiwan problem. And although Japan did not declare its direct support of the Taiwanese authorities and did not agree to the scenario of military assistance to Taiwan, which was being pushed by the United States, in China this statement was taken extremely painfully.

In addition, in July 2021, Tokyo officially mentioned the topic of regional stability in the Taiwan Strait. In particular, it was stated that "the stabilization of the situation around Taiwan is important for the security of Japan and the stability of the international community." Finally, more recently, the Chinese media announced that Japan would begin helping Taiwan build submarines.

Czech scientists have taught robots to destroy plastic in the ocean