Czech scientists have taught robots to destroy plastic in the ocean 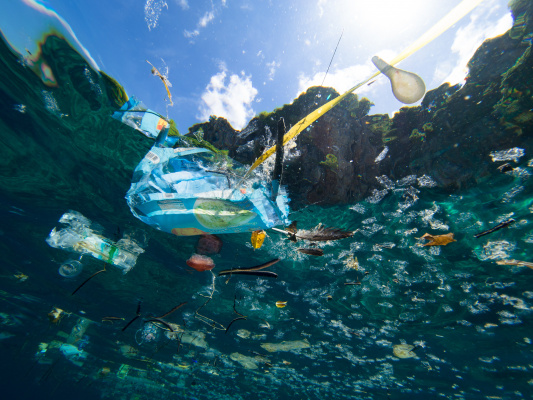 Scientists from the Czech Republic have developed small magnetic robots that have been taught to destroy plastic debris floating in the ocean. MIGnews.com writes about it.

The size of one such robot will not exceed the size of a pencil shaft. Robots are designed in such a way that when light hits them, they begin to move in a given direction.
If microplastic particles are encountered along the way, the robot captures them and destroys them.

The scientists noted that the main goal of their project is to create mobile robots that can be used anywhere in the world, and will be environmentally friendly, and most importantly - cheap.

The project leader, chemist Martin Pumera, stressed that it is not necessary to directly release robots directly into the ocean.
Mini-robots can be used in wastewater treatment plants, he said, and the robots will remove plastic before it reaches the ocean.