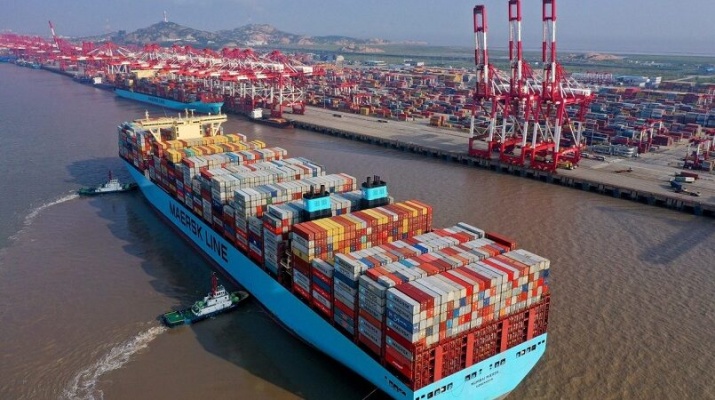 Congestion in major ports in southern China, resulting from a new outbreak of the coronavirus COVID-19 and restrictive measures, paralyzed world trade, writes the Kommersant newspaper.

The material notes that due to the increase in morbidity in Guangdong province, the Chinese authorities partially closed the Yantian terminals in the port of Shenzhen. The cargo was redistributed to Shekou terminals in Shenzhen and Nansha terminals in Guangzhou, which caused congestion there as well.

According to experts, the disruptions in the global container trade may be more serious than the blockage of the Suez Canal in March by the ship "Ever Given". Then the blockage was eliminated in 6 days. In Yantian, the cargo has been delayed for more than two weeks.

According to InfraNews, in spite of the fact that the Yantian port restored its working capacity up to 70% of its capacity the day before, the queue of ships waiting for permission to enter the port continues to grow.

Shipping container line Maersk has informed customers that it is re-routing more and more of its vessels to neighboring ports. At the same time, the carrier warned that it expects increased congestion there as well, as more and more carriers cancel calls to Yantian. The average vessel idle time at the approaches to Shekou, Nansha and Hong Kong terminals already ranges from 2 to 4 days.

Kuehne Nagel Senior Vice President Kasper Ellerbek describes the current situation as “the perfect storm”. He notes that the number of containers stuck due to congestion in Yantian already far exceeds the effect of the March blockage of the Suez Canal. At the same time, production in South China continued to operate normally throughout the entire period when the port was almost completely paralyzed. In addition, the traditional peak season is on its way.

Unmanned vessel Mayflower set off on a transatlantic voyage