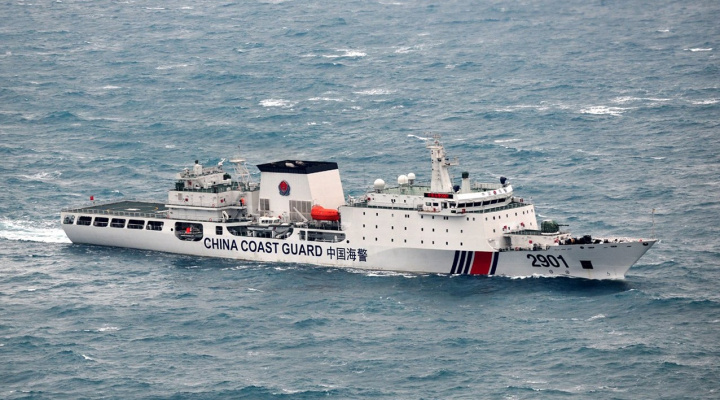 China's huge new maritime patrol ship looks like a luxury cruise ship inside.
The Chinese fleet has recently been replenished with a new 13,000-ton Haixun 09 patrol vessel. The ship is equipped with the most modern electronics and amazes the imagination with the sophistication of the interiors.

The inauguration ceremony took place in Guangzhou last week. It was built by the Chinese State Shipbuilding Corporation. The ship is just over 541 feet long and about 68 feet wide. The vessel is not heavily armed, but equipped with water cannons. There is a helipad and hangar at the stern.

Haixun 09 is designed for maritime traffic control and emergency support in emergency situations. The ship can remain at sea for up to 90 days without refueling or restocking. It is equipped with the latest technology, and many of the premises would be more suitable for a luxury cruise ship than a patrol ship. There is a luxurious staircase, a modern restaurant, a gym, a conference room and a medical office. The commander's cabin is decorated in a classic Chinese style.