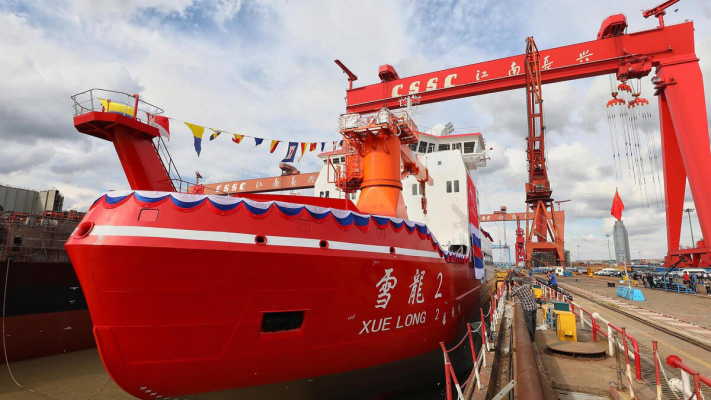 According to preliminary data, the total value of the contract reaches $1.1 billion, which is a record for a single order attracted by Chinese shipbuilders over the past ten years.
It is noteworthy that the project of new gas carriers was developed by Chinese designers (Hudong Zhonghua company). At the same time, vessels with a capacity of 174 thousand cubic meters of liquefied gas each will have lightweight hulls, which should help reduce fuel consumption and other operating costs while maintaining a significant load capacity.

At the same time, one of the subsidiaries of CSSC – China Shipbuilding Leasing company – in early January announced the conclusion of another contract for the construction of the fourth LNG tanker of the same capacity (174 thousand cubic meters) equipped with a hybrid power plant. A feature of this 295-meter giant will be an optimized propulsion system with an increased level of energy efficiency. The vessel is planned to be handed over to the customer in the first quarter of 2024.

On the first New Year's Week, work on the construction of the first container ship of 16 thousand tons was also started at the shipyard of the CSSC Corporation in Guanzhou. TEU is the largest vessel of its type ever built in China.

And the first vessel launched by Chinese shipbuilders in 2022 was the Gas Capricorn tanker with a hybrid power plant with a capacity of 86 thousand cubic meters, built at the Jiangnan shipyard (Shanghai) for the Chinese shipping company Southwest Maritime.

The UAE demands that the Houthis release the captured vessel