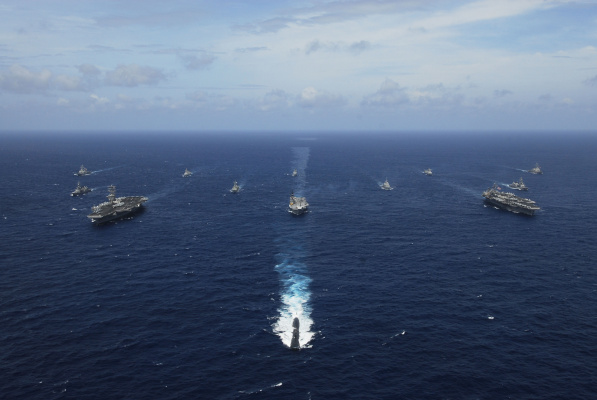 The Chinese military took part in three military exercises at once, which took place simultaneously in the East China, South China and Yellow Seas, the South China Morning Post (SCMP) reported on Friday.

Thus, the Eastern Command of the Theater of Operations conducted exercises in the East China Sea: three destroyers took part in them, including a type 052D destroyer squadron, which practiced maneuvering and air defense skills.

Meanwhile, in the South China Sea, the supply ship "Weishanhu" and the hospital ship "Youai" were training joint actions to simulate combat conditions, preparing for search and rescue operations and refueling, firing. Also on Wednesday, the Northern Command of the Theater of Military Operations conducted large-scale exercises in the Yellow Sea to practice rescue operations.

The SCMP notes that these exercises took place two days after the United States and Japan completed the five-day Noble Fusion 2022 exercises. They took place to the east of Taiwan, the US Navy aircraft carrier Abraham Lincoln, about 15 thousand American sailors and marines, as well as 1 thousand employees of the Japanese Self-Defense Forces were involved in them. These were the most large-scale exercises of this format since 2018, the SCMP clarifies.

Rear Admiral of the US Navy Chris Engdahl argued that Noble Fusion 2022 was not directed against any particular state, and the purpose of the exercises was to strengthen the US partnership with other countries and demonstrate the ability to concentrate forces and quickly transfer them to the right area.

Environmentally friendly vessel will be presented in France