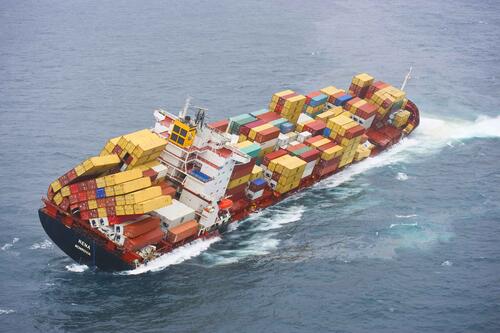 Togo-flagged cargo ship Sea Bird sank in the Aegean Sea. There were 16 crew members on board, all of them rescued, according to the Greek newspaper Proto Thema.

According to the newspaper, the ship transported wheat from Ukraine to Tunisia. All crew members are Syrian citizens.
The ship ran aground off the rocky island of Karavi in the Myrtoan Sea in the southwestern Aegean Sea.

What caused the emergency has not been established. The Greek Coast Guard sent two patrol boats, five ships and a helicopter to help the ship.
The crew members were not injured, their condition is assessed as good. Three ships were also sent to the sinking site to prevent pollution of the sea.

20 people drowned in collision of two ships in Bangladesh