British aircraft carrier did not record incidents with Chinese ships 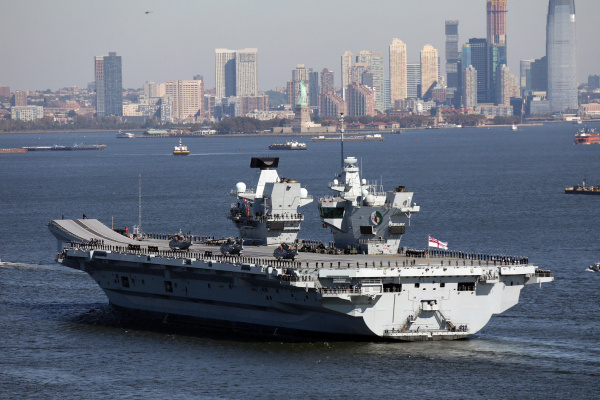 The passage of the carrier strike group, led by the aircraft carrier Queen Elizabeth, was safe, with respect to the distance, the commander of the group, Commodore Stephen Moorhouse, noted.
The International Carrier Strike Group (AUG), led by the flagship of the British naval forces, the aircraft carrier Queen Elizabeth, did not record any incidents with Chinese ships while passing through the South China Sea.

"The waters [of the South China Sea] are international neutral waters, so many states send their ships and vessels there, as well as aircraft," said the military leader aboard the aircraft carrier that arrived in Singapore. He noted that "the Chinese side is also active there, but the passage of the group was safe, respecting the distance, there were no incidents."

The Minister of Defense of Singapore, N En Hen, wrote on Facebook that the ships of the republic's naval forces carried out maneuvers as part of the AUG, the air force planes made joint flights with the carrier-based aircraft of the aircraft carrier.
The flagship of the British fleet left the naval base in Portsmouth on May 22 with 18 aircraft and 14 helicopters on board, embarking on an expedition of 26,000 nautical miles (48,100 km) with stops in India, Japan, South Korea and Singapore. On the voyage, he is accompanied by nine ships, the total number of crews of which is 3.7 thousand people. The deployment of the AUG, as conceived by London, should demonstrate the increased attention of the UK to the regions of the Indian and Pacific Oceans.

China has criticized the campaign, which Beijing believes reflects "the persistence of British colonial thinking." Beijing also warned against "rash actions" in the South China Sea.