An incredible cruise for travelers 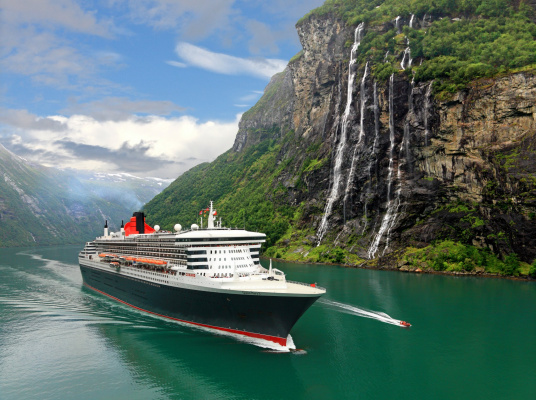 The American company Royal Caribbean announced the opportunity to go on a record sea voyage, which will last 274 days.
This unusual cruise will be operated on the Serenade of the Seas, with a displacement of 90 thousand tons, which will depart from the pier in Miami (Florida, USA) on December 10, 2023.

When the vessel is fully loaded, 2,143 passengers will go on the journey, and a crew of 832 people will provide their rest. During the voyage, the Serenade of the Seas will visit seven continents and 150 ports in 65 countries.

As is known from the history of passenger shipping, the era of ultra-long cruises began at the dawn of the 20th century, and the liners of Cunard Line and other British companies became its first swallows. Nowadays, the average duration of such cruises, as a rule, does not exceed 100 days, and only relatively rarely in the luxury segment of sea tourism travels for 130 or more days are offered. For example, Seven Seas Cruises also expects to organize a 143-day sea voyage in 2023, and Oceana Cruises plans to send one of its liners on a 218-day cruise in the same year.

The last attempt at a super-long (245 days) cruise was made by Viking. One of its liners, Viking Sun, left Greenwich in August 2019, however, due to the outbreak of the Covid-19 epidemic, it was forced to interrupt its voyage two months earlier than planned.

For those who love sea travel who, for whatever reason, will not be able to spend all 274 days on board the Serenade of the Seas, the operator offers four separate cruise segments focused on visiting specific regions. Selected options include: Antarctica; North and South America; Asia and the Pacific; The Middle East and the Mediterranean Sea, as well as Europe with a subsequent return to America through the Atlantic Ocean.

Obviously, as the restrictions associated with the Covid-19 pandemic are eased, interest in sea travel of increasing duration will increase. In the meantime, cruise companies are actively preparing for the recovery of the market - old passenger liners are massively scrapped, and new, ever larger ones come off the stocks - for example, the giant Wonder of the Seas, which went to sea on November 5.