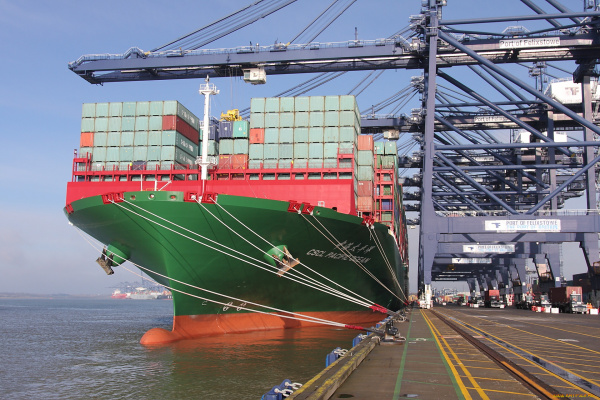 American Patriot Holdings has announced that, on behalf of its subsidiary American Patriot Container Transport LLC, it has sent a request for proposals to seven US shipyards for the construction of four vessels of the "hybrid" river container ship project with an option to build up to four additional vessels.
According to TASS, the vessels will carry American cargo between U.S. ports and, therefore, in accordance with the Jones Act, must be built in the United States and work with teams consisting of American citizens and/or foreigners who have received the right to reside in the United States.

The project developed by Naviform Consulting and Research Ltd includes two patented technologies. The first patent describes the design of the exoskeleton of the ship's hull, which allows to significantly reduce its weight and, accordingly, increase the container capacity of the vessel. The second patent describes the design of the wake, minimizing the wake of the vessel.