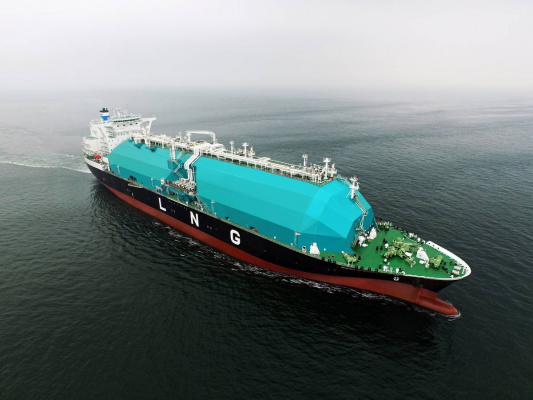 The world's leading shipbuilding corporations continue to increase the share of "environmentally friendly" vessels of various types in their portfolios of new construction.

According to the calculations of experts of the International Maritime Organization (IMO), the use of traditional fuel in marine engines makes the world merchant fleet responsible for almost 3% of the total carbon dioxide emissions into the atmosphere.

In this regard, IMO strongly requires shipping companies to take the most effective measures to reduce the emission of harmful substances. In particular, by 2025 this indicator should be reduced by at least 30%, and by 2050 - by 70%.

It seems that shipowners are listening to IMO recommendations, which is reflected in new orders for the construction of not only larger, but also much more environmentally friendly vessels.

Thus, analyzing the main trends in the development of national shipbuilding, the experts of the South Korean Korea Times state a progressive increase in contracts for ships with engines adapted to work on various types of alternative fuels.

The most popular engines were adapted to the use of liquefied natural gas (LNG). In particular, 60% of all orders attracted since the beginning of 2021 by the country's three largest shipbuilding companies – Korea Shipbuilding & Offshore Engineering (KSOE), Daewoo Shipbuilding & Marine Engineering (DSME) and Samsung Heavy Industries (SHI) – fall on ships with LNG or LPG/LPG (liquefied carbon/petroleum gas) engines.

In second place in popularity among South Korean shipbuilders are ships with methanol engines. So, in August of this year, KSOE Corporation signed a contract worth $ 1.39 billion. for the construction of eight container ships for the Danish operator Moller-Maersk, which will be the world's first large ships powered by methanol.

Vessels powered by ammonia and/or hydrogen fuel are also in demand, with the combustion of which the risk of greenhouse gas emissions into the atmosphere is practically reduced to zero. Three South Korean companies at once - Hyundai, Samsung and Daewoo - have reached an agreement with Lloyd's Register on the construction of ammonia-powered vessels and plan to start producing food tankers with engines of this type in 2024.

In the future, this trend may strengthen even more, especially if oil and gas quotes continue to maintain their "bullish" moods. It is no coincidence that the American Bureau of Shipping (ABS) predicts that by 2030 ammonia and hydrogen will account for about 3% of all marine fuel volumes, and by 2050 this figure may reach 40%.