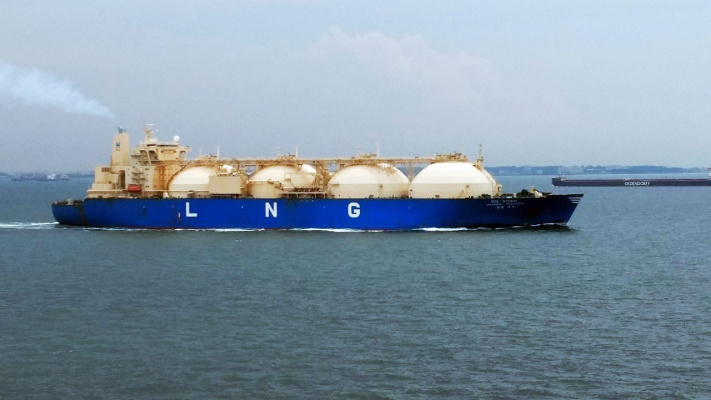 The ship Hellas Diana, which carries cargo with liquefied natural gas (LNG) and was bound for China, changed course and probably headed for Europe, Bloomberg writes with reference to the estimates of the analytical company Kpler.

The tanker, which left the port in Texas on November 27, abruptly turned around in the Hawaiian Islands and headed in the opposite direction. It currently passes through the Panama Canal.

According to Bloomberg's calculations, at least seven other ships going to Asia were reoriented to Europe, and the Financial Times also drew attention to the trend earlier. The region is facing an energy crisis related to high gas prices. In mid-December, they were approaching $2,200 per thousand cubic meters.

Later, the cost of fuel went down, but remains relatively high. On December 28, January futures are trading around the $ 1,200 mark per thousand cubic meters, according to data from the London ICE.

Another cruise ship in the US has an outbreak of coronavirus