Home News A ship caught fire in a Syrian port

A ship caught fire in a Syrian port 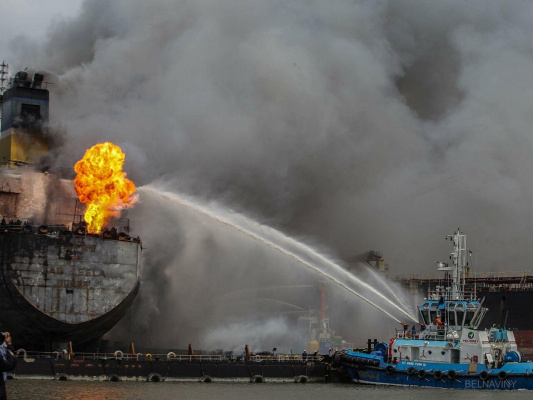 The fire occurred on board a ship in the port of Latakia in Syria, SANA reports. As a result, several people were injured (the agency does not specify their number).

The ship caught fire during repairs in the port. Firefighters have already dealt with the fire.

The Sky News Arabia TV channel, citing a source, said that a fire broke out on board a merchant ship. Two workers were slightly injured.

Al Jazeera TV channel, citing sources, reported that there was an explosion on board the ship.

In July, an explosion occurred in the Dubai port of Jebel Ali aboard an oil tanker. According to authorities, a fire broke out in one of the containers, followed by an explosion. Then no one was hurt.

Tourists in Greece remain without cruises due to new restrictions