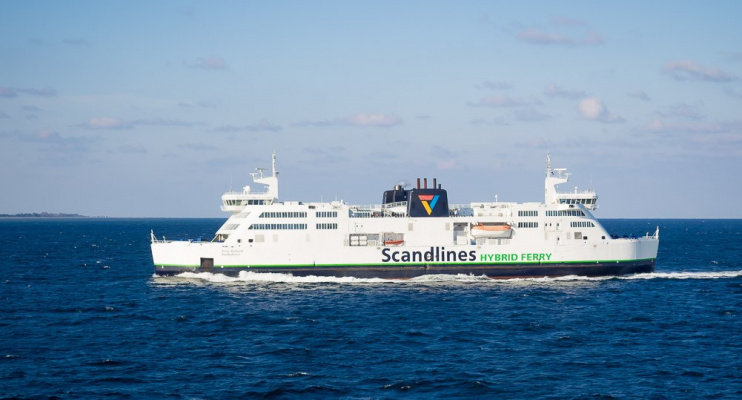 The Danish shipping company Scandlines has signed a contract with the Turkish shipyard Gemre for the construction of a large passenger ferry, which will use electric engines along with traditional diesel engines.
According to the official message of the Scandlines management, with a length of 147 m, a width of 2.5.4 and a draft of 5.3 meters, the new Ro-Pax cargo-passenger ferry will be able to take on board up to 66 standard cargo packages (about 1400 running meters) and up to 140 passengers ...

As an additional advantage of the project, the modular design of the hull is positioned, which, if necessary, will subsequently allow the ferry to be converted into a car carrier.

It is assumed that the maximum speed of the vessel will reach 18 knots, while the brand and power of the electric motors planned for installation has not yet been announced. It is only known that the batteries will be charged with a cable rated for 50 kV and a power of 25 mW, which will make it possible to replenish electricity reserves in less than five hours.

According to preliminary data, when driving under diesel engines, the new ferry will be able to transfer from the German port of Puttgarden to the Danish Redby in 45 minutes, while it will take at least one hour to overcome the same voyage using electric motors.

Further plans of the Scandlines company provide for the gradual replacement of the entire ferry fleet, first with hybrid, and then with 100% environmentally friendly vessels, in particular fully electric (including solar powered), and also using rotary sails as a propulsion device.

Opportunities to build a ship in 2021