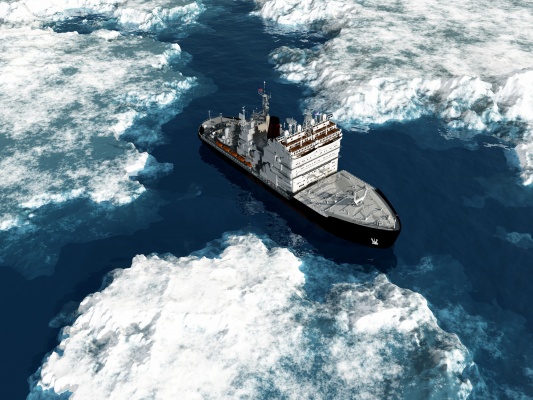 The training took place at the request of the French cruise company Ponant for the purpose of consulting on rescue and collective defense equipment in accordance with the provisions of the Polar Code.

In the summer of 2021, Ponant plans to launch a new route to the North Pole for its clients. The first electric cruise icebreaker under construction in Norway, on which the journey will take place, is now undergoing its final tests. In addition, a French company plans to ship its cruise ships along the North Sea Route in the autumn. Part of the trip will take place in the Arctic waters of the Russian Federation.
Understanding all the complexity of security issues in northern latitudes, representatives of «Ponant» have asked Marine rescue service to conduct a videoconference, which would help specialists of the company to prepare for all possible scenarios of events under unfavorable circumstances.
Participants in the videoconference discussed coordination and collaboration, as well as communications in rescue situations on ships in the Arctic. In particular, details were discussed on the organization of a survival (and rescue) program for passengers (270) and crew members (190) who had left the emergency vessel and had to spend five days in the ice camp before the assistance arrived. French colleagues gave a presentation of specially designed designs for the Arctic camp, wetsuits, communications equipment, life-saving bots and Arctic survival equipment.
According to French colleagues who spoke from the cabin of the new icebreaker, they wished to be fully prepared for any emergency and to establish reliable channels of communication with the Russian rescue services.

Representatives of the Russian side responded to questions and provided comments on all the topics discussed during the conference. The participants agreed to develop contacts as well as to plan a search and rescue exercise.
«Le Commandant Charcot» is the world’s first ice-breaking cruiser on CNG fuel. The Icebreaker, which belongs to the PC2 class, one of the highest ice classes of the seven in the table of polar classes of the International Association of Classification Societies, is officially allowed «year-round exploitation in long-term ice of moderate thickness.
The Ice Megayacht is designed by Aker Arctic and built at Vard Shipyard in Norway. The ship is due to be delivered to the customer this month and from April 2021 will be on the first cruise on the Arctic Ocean. According to the schedule on the shipowner’s website, from April to September of this year, eight cruises are scheduled in Arctic waters with two visits to the North Pole. The longest trip (25-30 nights in August-September) is called the Northern Sea Route and is planned to run from west to east along the Arctic coast of Russia.

And from October 2021 to March 2022 «Le Commandant Charcot» will move to the Southern Hemisphere where it is going to offer wealthy tourists six cruise tours around Antarctica.