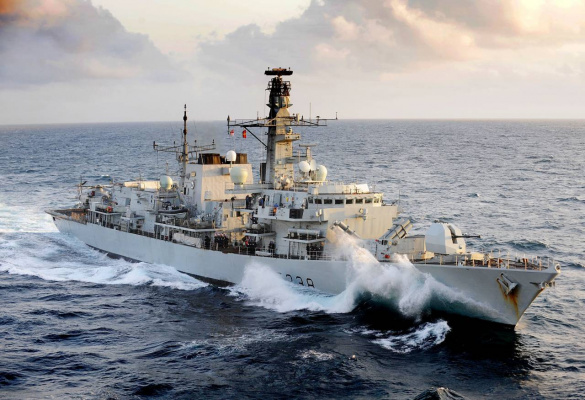 According to the list, during the Normandy landings, the fleet lost 416 ships. The website lists the causes of the crash, the place and the exact date of the incidents.

The UK has created a list of all ships that have been lost by the Royal Navy since 1512. The database lists over 5,100 ships that were destroyed.

The base itself, as they write in the publication, was created back in 2011 by the Marine Foundation for Marine Archaeology. It was intended for experts in the field of law and nature conservation in the protection of sunken ships around the world. But now it has been made publicly available.

The first shipwreck was the Regent. He went to the bottom because of a fire on the ship. Drowned in France on August 10. The last time the Royal Navy lost a ship was in 2004. It was the frigate Scylla, which sank in British waters on March 27.

The site allows you to select ships by name, class, tonnage, as well as the year of loss and whether there was an investigation into its sinking. For example, in French territorial waters, Great Britain lost 760 ships in 500 years. And during the Normandy landings, the number of wrecks amounted to 416 units.

However, as senior archaeologist MAST Giles Richardson says, the reason for many of the losses remains a mystery. More than half of the ships sunk in World War II are still classified as "missing" or "unknown".

The database is based on official reports and many reference works, as well as, if necessary, on memoirs and eyewitness accounts.

Mines destroyed every fourth ship sunk in both World Wars. And while 3 out of every 100 ships lost in the Great War fell victim to enemy aircraft, a generation later aviation accounted for almost 1/3 of all Royal Navy losses. In total, 300 ships were lost from the bombing of aircraft, 605 from submarines.

Until the early 20th century, the vast majority of losses were caused by accidental shipwrecks rather than battles, while conflicts account for three-quarters of all ships sunk since 1900.

More than 30 boats sank due to the tsunami in Japan

The newest US destroyer