Home News The newest US destroyer

The newest US destroyer 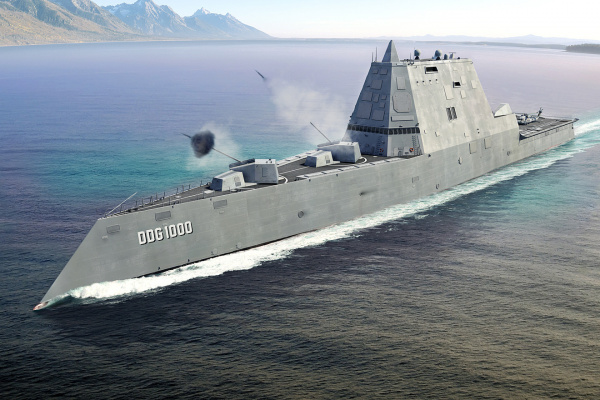 American shipbuilders have completed the construction of the third (and last) hull of the Zumwalt-type destroyer, however, as in the case of the previous ships of the series, the question of its armament remains open.
On the eve of the Oldest New Year, January 13, 2022, the third newest destroyer of the US Navy Lyndon B. Johnson (tail number 1002) left the pier of the Bath Iron Works shipyard (BIW) in Bath, (Maine) and, accompanied by a tugboat, headed to the place of permanent basing - to the port of San Diego (California).

According to official BIW information, from a technical point of view, the ship is not considered transferred to the customer. By now, its hull is fully ready, all mechanical and electrical systems are loaded and mounted, but there are no weapons systems.

It should be noted that the first two destroyer hulls of this type - the head Zumwalt (tail number 1000) and the next in the Michael Monsoor series (BN 1001), were adopted by the US Navy, respectively, in 2013 and 2018 under the so–called "special" program - without weapons systems. Since then, they have been relocated to San Diego, fully crewed and are undergoing very protracted tests, awaiting "full" admission to the US Navy.

It was decided to postpone the delivery of the last ship of the series, the destroyer Lyndon B. Johnson, until the complete debugging of its integrated electric propulsion system, as well as the final solution of the issue of weapon systems. According to US industry experts, the problem is connected with a pair of unique 155-mm guns of the main caliber, which were previously supposed to be installed in the bow.

It was assumed that these artillery installations would be equipped with special guided missiles (LRLAP) for striking remote coastal objects. However, as these projectiles were developed and further improved, their cost increased to almost 1 million (!) dollars apiece. The US Navy was forced to abandon the purchase of ammunition at such an astronomical price, as a result of which the new guns actually turned out to be useless.

Currently, it is assumed that at least one gun turret on Zumwalt-type destroyers will subsequently be replaced by a vertical launcher for non-nuclear-armed hypersonic strike missiles (CPS), which have yet to be developed.

Container delivery times have roughly doubled during the pandemic