More than 30 boats sank due to the tsunami in Japan 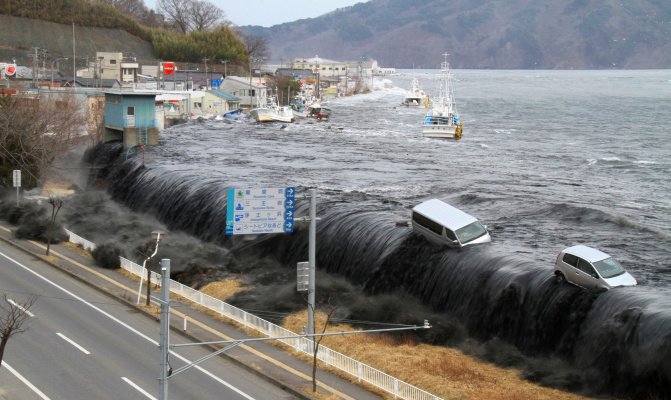 In Japan, after the eruption of an underground volcano in the Kingdom of Tonga, 30 ships capsized or sank. Almost all the boats were moored.

"In Kochi Prefecture, five fishing boats sank and capsized in the port of Sakihama in the city of Muroto, the location of five more fishing boats is unknown," the newspaper writes.

According to the city of Kuroshio and the fishing cooperative, two boats capsized there - one in the port of Irino and another in the port of Saga.
Also at the Komuro fishing port in Okitsu, Shimanto-cho, three ships capsized and one was washed off the pier.

In the fishing port of Kannoura in Toyo, one ship capsized.According to the city of Kaye, Tokushima Prefecture, the city authorities confirmed that five boats capsized or sank in the area of the fishing port of Shishikui. One ship was thrown into the sea, but later it was returned to port.

"According to the Department of Coast Guard of Owase Prefecture of Mie, on the morning of the 16th, a small vessel with a total length of about 7 meters was found upside down in a boat pool in the city of Owase," the newspaper writes.

The owner explained to the Japanese Coast Guard that the ship was moored.

Recall that the tsunami caused by the eruption of an underwater volcano hit the coast of Japan on January 15. A 1.2-meter-high tsunami has been confirmed on the islands of Amami and Tokara with the possibility that waves will reach 3 meters.

It should be noted that a powerful eruption of an underwater volcano occurred in the Pacific Ocean, as a result of which a tsunami was formed.

Dubai has become an international center of cruise tourism