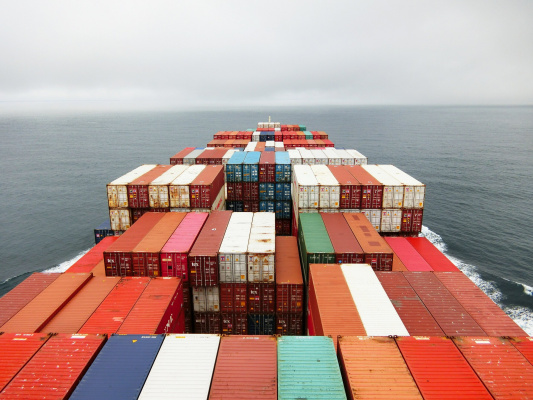 The storm caused 40 shipping containers to fall into the ocean off the coast of British Columbia.

At the time, the ship was heading to Vancouver from South Korea.

The Coast Guard said it is monitoring the containers and warning skippers that these containers may be flooded and invisible.

"There are no reports of injuries, and it is not yet known whether there are hazardous substances or materials in the containers that have entered the ocean," said Michael Clark, a junior US Coast Guard officer.

He added that a helicopter flew over the area last night and noticed eight containers in the water.

“The vessel has come to anchorage at Constance Bank in Victoria and they are currently taking inventory,” said Joe Spears, managing director of the Horseshoe Bay Marine Group.
He said it was unknown if the containers would make it to the coast.

“Other vessels can crash into the containers, they can be washed ashore, depending on whether there are chemicals on board, a chemical reaction can occur,” added Spears.

He suggested that it would be best for US and Canadian officials to work together and consult with fishermen and indigenous peoples in the area.