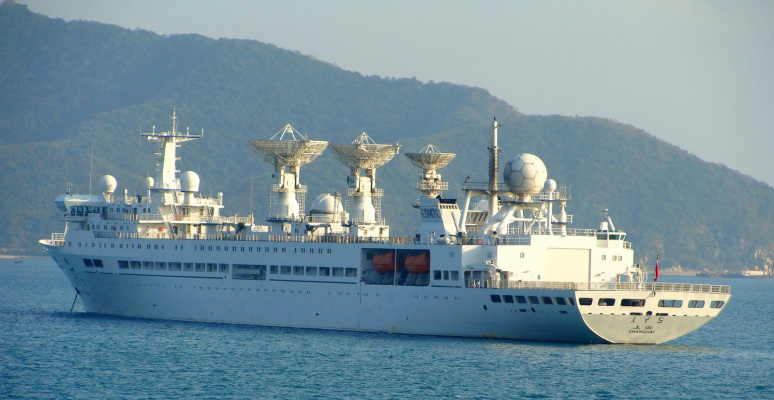 This year, the vessel spent more than 240 days in the sea and covered more than 50 thousand nautical miles, successfully completing nine monitoring and control missions.

During the 114-day voyage, which had just ended, the ship's team of researchers and technical personnel successfully completed tasks in the framework of three missions to monitor satellite flights.

After a short hiatus at its home port, the vessel is reportedly heading to the shipyard for maintenance to prepare for next year's missions.

Storm interferes with inspecting the hull of a grounded ship