Home News USA wants to get the north

USA wants to get the north 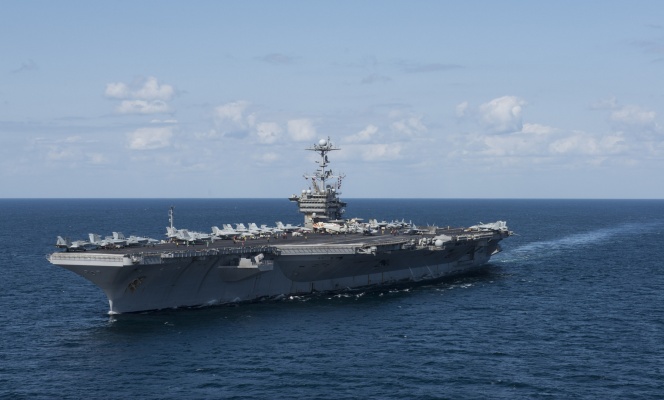 The Northern Territory exercise will take place in Alaska from May 3 to May 14. They should involve an aircraft carrier strike group, about 240 aircraft from all branches of the armed forces, a total of about 15 thousand SGA servicemen.

A spokesman for the Pacific Air Force Command said: “Exercise Severny Kray will allow different types of troops to piece the puzzle together to see the big picture, as well as give our younger generation in the Armed Forces an opportunity to experience what the future conflict might look like in its entirety. difficulties".
If we take into account the previous global warming, the current one will last at least another ten years, or even almost half a century. While the Northern Ocean was completely Arctic, the SGA was not interested in it. They still have only one icebreaker. But in the near future, navigation along the coast will be possible all year round. And the huge deposits of minerals on the ocean floor are becoming more and more accessible. Moreover, the reserves are explored mainly in our part of the ocean: the SGA did not bother with this part of underwater geology.

Until recently, the Arctic Ocean was divided according to the sectoral principle: from the coastline of each bordering country to the North Pole. Earlier, all the same SGA achieved the extension to the Northern Ocean of the general maritime rules of the economic zone - 200 nautical miles from the coast - and shelf - shelf, that is, geological structures extending the coast.
However, geologists have proven that the shelf does not belong to them. So the SGA is preparing to fight for the right of navigation near the coast, and for oil and gas in this zone. It is easier for them than to develop the waters and the seabed near their Alaska and neighboring Canada.