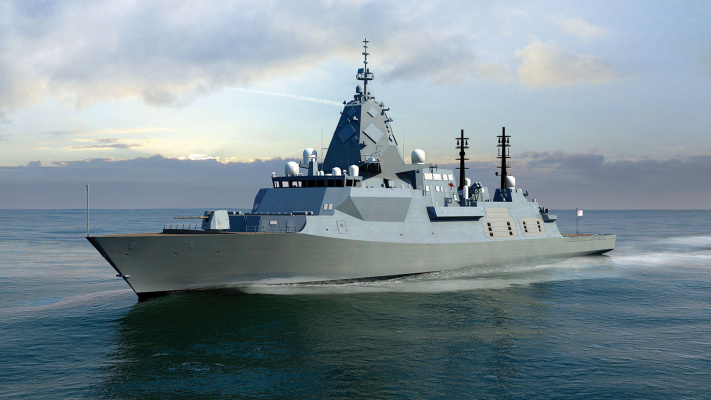 Turkish defense companies presented designs for two unmanned vessels - NB57 and RD09. According to Naval News, the first ship is designed to combat submarines, and the second - against surface ships. They can compete with the first Turkish armed robocater.

Turkey already has an armed unmanned vessel of its own design - the roboboat ULAQ. It weighs two tons, travels at a maximum speed of 65 kilometers per hour and can travel up to 400 kilometers. Fire tests of the roboboat took place in May. The vessel launched two missiles with a Cirit 70mm laser system with warheads.

One of the companies, Sefine Shipyard, began working on a multifunctional unmanned vessel project in 2019 with SEFT Ship Design. Aselsan joined the project in 2021.

It has been known that the company presented joint projects of two unmanned vessels NB57 and RD09 on July 8. The first is intended to combat submarines, and the second - against surface robots. They both can travel at speeds up to 40 knots, have a range of 1.1 thousand kilometers and can spend four days without refueling.

The size and weight of the vessels were not disclosed. The RD09 converts to an expandable trimaran and can carry more payload in this configuration. Both ships will be armed with STAMP assault rifles. In addition, the RD09 will receive two rocket launchers from the Roketsan company, and the NB57 will receive light torpedoes. Naval News notes that the NB57 and RD09 could compete with the ULAQ roboboat, which is being developed by two other local companies - Ares Shipyard and Meteksan.

The Turkish military is developing other unmanned systems as well. Earlier we wrote about the Akinci, a twin-engine midwing strike. It took off for the first time in 2019.