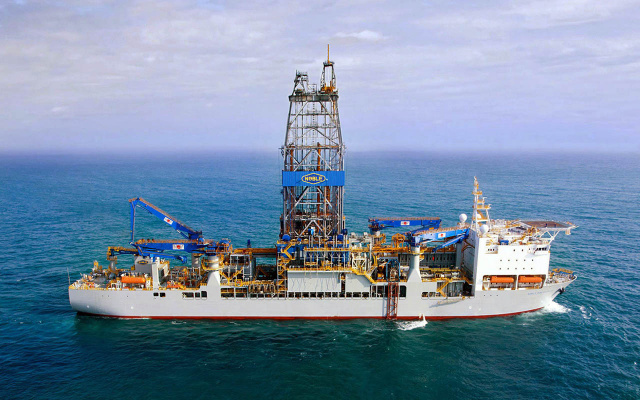 The Turkish state oil company continues to build up its fleet for geological exploration and industrial development of hydrocarbon deposits on the shelf of the Black and (not excluded) Mediterranean seas.

This ship was built back in 2015, but the operator that ordered it had gone bankrupt by that time. Daewoo's subsequent attempts to find a new buyer have remained unsuccessful until recently. So, Northern Drilling, which was going to purchase this drilling vessel for $ 350 million in 2019, later abandoned these plans. Thus, TPAO is preparing to become the owner of a specialized vessel for exploration and industrial development of offshore fields, which has stood at the shipyard's delivery wall for almost seven years.

Cobalt Explorer will join the TPAO drilling fleet, which currently consists of three 6th generation vessels. The company mainly uses them to search for hydrocarbon deposits on the Black Sea shelf. So, in June 2021, the Fatih drilling vessel managed to discover a natural gas field in the Sakarya oil and gas field, the reserves of which are estimated at 135 billion cubic meters.

Recall that in 2020, an underwater gas field with reserves of 400 billion cubic meters was discovered in the same area. Further industrial exploitation of these fields should help reduce Turkey's dependence on imports of "blue fuel". According to preliminary data, Cobalt Explorer will be sent to work in the same region.

At the same time, it is also possible that the area of application of the new vessel will nevertheless become areas of the Mediterranean shelf off the northern or southern coast of the island. Cyprus. In 2019-20, the 6th generation drilling vessel Yavuz, also owned by TPAO, carried out large-scale geological exploration in the waters of the Republic of Cyprus, during which, however, no promising results were achieved for commercial further use.