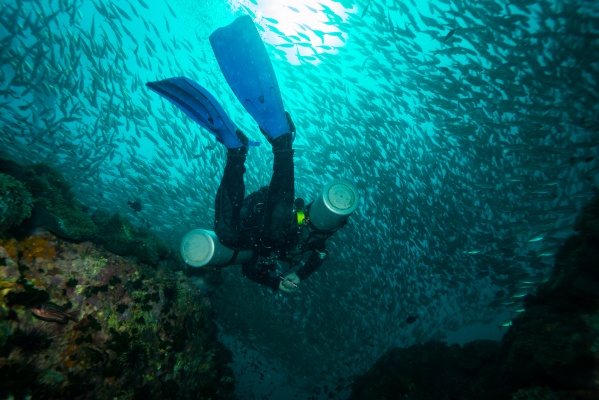 About ten years ago, ecologists discovered a large number of mercury compounds in the permafrost of North America's subpolar regions. In recent years, the permafrost has begun to thaw, as a result of which these toxic substances began to enter local rivers.
Scientists suggest that precipitation, which carries industrial waste and gaseous emissions from volcanoes, is the source of such mercury compounds. Because of this, the concentration of poisonous metal in the waters of northern rivers increases by about two to three times in summer, which poses a serious threat to the local fauna and people.

A new study has shown that even more toxic mercury compounds can be found in sediments at the bottom of the Pacific Ocean, in several large deep-sea trenches at once.
This conclusion was reached by Peter Outridge of the University of Aarhus (Denmark) and his colleagues, studying soil samples collected by the research vessel RV Sonne in two large depressions - the Atacama Trench and the Kermadek Trench.

In the chemical composition of these samples, scientists have found many organic compounds of mercury. In the upper layers of the soil, which have formed in the last hundred years, their concentration in some cases was higher than in industrial wastewater and in rivers and glaciers in the Arctic.
Isotopic analysis of the soil indicated that the overwhelming majority of toxic mercury compounds got there along with various particles of organic matter, which constantly falls to the bottom of these troughs, and not as a result of the activity of volcanoes, hydrothermal vents, or due to not yet studied chemical processes in the soil.
This suggests that over the past two centuries, the volume of mercury emissions into the atmosphere and the hydrosphere has increased markedly. According to oceanologists' calculations, every year the soil of the deep-sea trenches of the World Ocean absorbs more than 73 tons of compounds of this toxic metal, which is significantly more than previous estimates.

“There is a good and a bad side to this discovery. The bad side is that the prohibitively high concentration of mercury in sediments at the bottom of these oceanic trenches shows how much the amount of mercury emissions has increased in recent years. some of these compounds are buried in deep-sea trenches, from where mercury can no longer return to the biosphere, "summed up another author of the work, professor at Aarhus University Hamed Sanei.

A ship with 160 passengers capsized in Nigeria