The world's largest passenger liner is ready for its first cruise 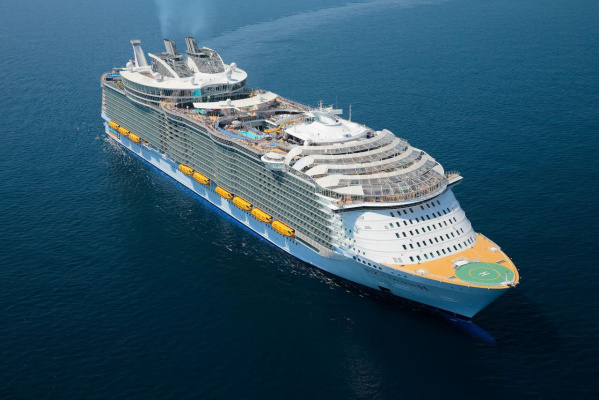 Despite all the restrictions of the cruise market due to the global epidemic of Covid-19 and its most "fresh" strain of Omicron, the giant ship is preparing to receive tourists and embark on a sea voyage to the Caribbean.

The Royal Caribbean Group (RCG) tourist cruise company has announced the final completion of finishing works and the successful completion of the final stage of acceptance tests on its newest passenger liner Wonder of the Seas. This is the fifth vessel built according to the modified Oasis project at the shipyard of the French company Chantiers de l'Atlantique, in Saint-Nazaire.

The new 236,857 Gt deadweight liner turned out to be at least 5% larger than the first ship of the series, which Royal Caribbean commissioned more than a decade ago. In particular, its passenger capacity has been increased to 6,988 guests, and the number of crew members is 2,300 people.

The construction of the liner was completed at the end of November 2021, after which the vessel made the first independent transition to the village of Marseille, where finishing works were then completed and especially large structures designed for the entertainment of passengers, including giant water slides of the onboard water park, were mounted on it.

Other tourist attractions of the ship include a huge open-air theater, a cable car connecting various open areas of the upper deck, a console bar right in the middle of the swimming pool and a special area for passengers of luxury cabins, including an isolated promenade deck, a restaurant and lounge apartments.

On January 27, Wonder of the Seas left Marseille and headed for Cyprus, from where, after a short stay, the ship will be relocated to Florida. The liner will embark on its first cruise on March 4, 2022 from the American port of Everglades on the islands of the Caribbean Sea.

Thus, despite some delay in construction due to restrictions due to the Covid-19 pandemic, the real commercial operation of the world's largest passenger liner will begin only three years after the start of metal cutting for its construction (April 2019).

At the same time, the operator apparently intends to abandon for some time its initial plans to use this vessel on lines connecting Chinese ports and reorient it to the Caribbean and Mediterranean cruise markets.