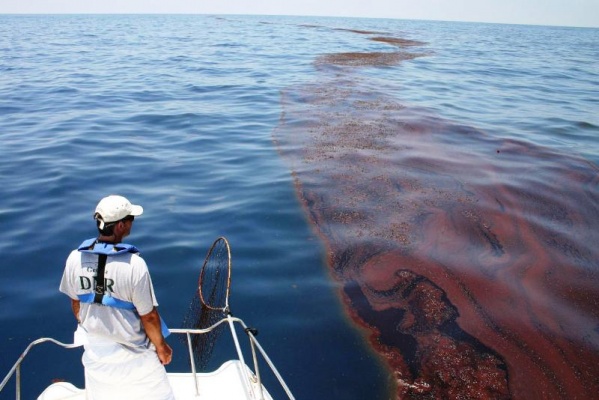 An oil slick with an area of 30 by 150 meters was again recorded in the Black Sea near Tuapse after an oil spill last week.
It is noted that due to unfavorable weather conditions, rescuers were unable to eliminate the consequences of residual leakage of oil products from the sewer collector in the Black Sea near Tuapse. At the moment, the "rainbow spot" is heading to the area of Cape Kadosh.

Two days ago, it was noted that an oil slick was again recorded near Tuapse. It should be reminded that an oil spill occurred in the Tuapse region last week. At this point, it is noted that the stain cannot be collected. The situation is under the special supervision of specialists.

It is believed that oil products entered the water from a deep-water outlet sewer as a result of illegal tapping.

Indonesia plans to increase the size of the submarine fleet