Home News The United States sent the only icebreaker to Antarctica

The United States sent the only icebreaker to Antarctica 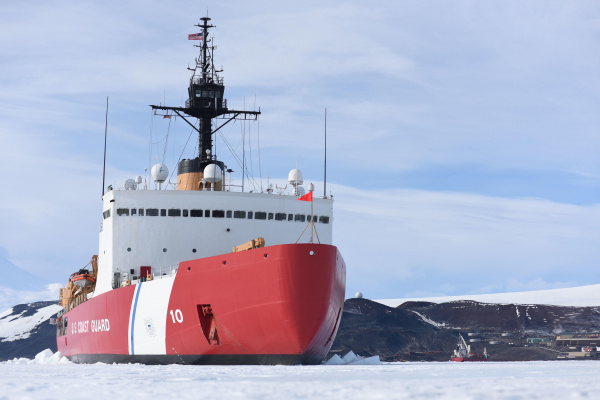 Recently, the 45-year-old icebreaker Polar Star has been literally pursued by various accidents. Will the veteran ship be able to overcome the heavy ice this time, successfully completing her next Antarctic expedition?
Polar Star, the only "heavy" icebreaker currently in the country's national fleet, left Seattle for its 25th Antarctic Expedition on Saturday, November 13, according to an official statement from the US Coast Guard Pacific Zone Command.

According to preliminary data, the vessel will have to break through the ice fields and deliver fuel and other supplies to the American McMurdo station in Antarctica. In previous such cruises, the icebreaker had to overcome ice up to 6 meters thick.

After the Polar Sea icebreaker of the same type was withdrawn from the fleet in 2020, the Polar Star remained the last American vessel suitable for Antarctic expeditions. It is equipped with six diesel-electric generators and three gas turbines with a total capacity of 90 thousand hp. According to the commander, maintaining the old ship in a satisfactory technical condition is a difficult task, and the implementation of a complex of preventive maintenance measures requires staying at the shipyard for several months a year.

However, in recent years, there have been more and more emergencies on the Polar Star at sea. So, in 2016, the thrust bearing bracket was broken on the ship, which led to its forced 36-stop at the transition to carry out repair welding and installation works. In 2018, one of three gas turbines was shut down due to an error in the automatic control system, and the engine room was partially flooded due to a stern seal failure.

Finally, in 2019, a leak was discovered in the seal again, this time during icebreaking operations. As a result, the ship had to be stopped right in the ice and divers were sent out to carry out the necessary repairs. To top it off, due to a short circuit in the switchboard, a fire broke out on the icebreaker, which, fortunately, was extinguished without human casualties.

Following urgent requests from the Coast Guard Command, the US Congress allocated funds for the construction of new icebreaking ships, but the first of them will enter service no earlier than 2024.