Home News The ship ran aground near Crete

The ship ran aground near Crete 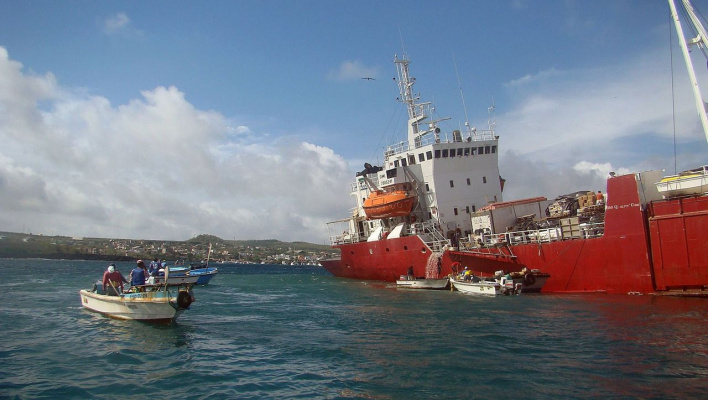 The cargo ship split in half as a result of the impact of the waves. Ten crew members were evacuated, two of them were hospitalized with hypothermia.

On the northwest coast of Crete, the cargo ship Manassa Rose ran aground under the flag of the Comoros.

Under the impact of the waves, the ship split in half, but all ten crew members were evacuated by coast guard officers, volunteer rescuers and the crews of two more ships that responded to the distress signal.

At the same time, two out of ten crew members were hospitalized with serious symptoms of hypothermia.

It is noted that the Manassa Rose vessel was heading to Libya after it left Turkey during one of the strongest blizzards that hit the area over the past decade.

Earlier, 17 people were killed in a shipwreck off the coast of Madagascar. There were about 130 passengers on board the ship. On the way to the engine room, water began to flow.

It was also reported that a ship sank in Turkey due to bad weather. In Izmir province, the sea overflowed its banks and flooded businesses. And the plane of the Denizli-Istanbul flight had to circle in the air for 2.5 hours.

The objectives of the Celtic Explorer expedition