Home News The most controversial US Navy destroyer returned home 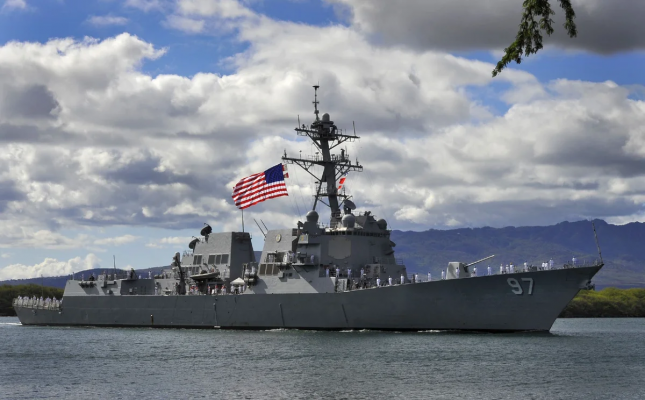 The USS DDG-75 Arleigh Burke-class destroyer Donald Cook returned to the United States after seven years of service with forward-based forces in Europe. Part of the 60th Destroyer Squadron (DESRON 60) of the 6th Fleet, Donald Cook was part of the sea-based missile defense forces and also provided a US naval presence in European waters.

According to the website of the US Navy Institute (USNI), "Donald Cook" and other destroyers of the 6th Fleet "regularly patrolled the Black Sea as part of the mission of the permanent presence of US and NATO ships." In April 2021, the destroyer Arleigh Burke (DDG-51) arrived to replace Donald Cook at the Rota naval base in Spain. The lead ship of the series, which has recently undergone repair and modernization, will become part of the forces of the NATO unified air defense system and will also carry out tasks "to ensure freedom of navigation."

"Donald Cook" became famous after flying over by his Su-24 bomber on April 12, 2014 in the Black Sea. Some media reported on the use of electronic warfare by the Russian side, which led to the destruction of a number of ship systems. "This is a popular myth, there was still a lot of talk about" writing off to the shore "of some of the sailors, but in reality it was an ordinary flight, of which there were many before and after," a source in the Russian military department told Profil. "Nevertheless, the story stuck, and the press began to follow the Cook more closely than, perhaps, all other American ships," the source added.

Subsequently, "Donald Cook" repeatedly entered the Black Sea, in particular, to participate in joint exercises with other NATO countries, as well as Georgia and Ukraine. Earlier, "Profile" announced another overflight of "Donald Cook" by a Russian warplane - on February 1, the American destroyer again met with the Su-24 bomber.