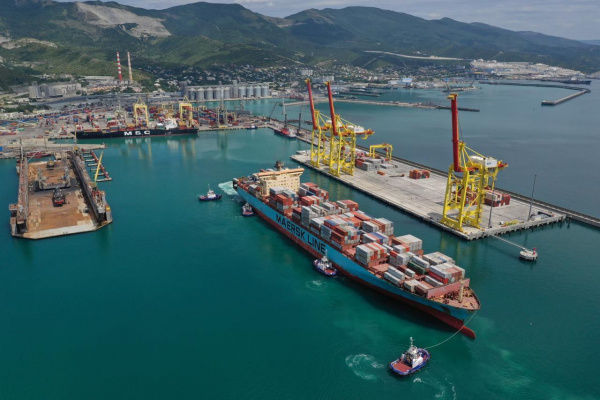 The global demand for container transportation in June 2021 amounted to 15.2 million TEU - 14% more than a year earlier, and only 1.5% higher than in the same period of the "pre-pandemic" 2019. This is evidenced by data from the Container Trade Statistics (CTS) service, Infra News reports.

It is noted that the comparison with last year's indicators is not very informative, since the first wave of COVID that reached Europe and America in the spring almost paralyzed the market for several months. Comparison with the data of 2019 indicates stagnation in volume growth in key segments of the container shipping market, with the exception of American imports.

With regard to trade in South and Central America, container imports to the region rose by almost 1.5 times YoY in May and June, to almost 1 million TEU. By the level of 2019, the growth in imports was 3.5%. Exports grew by 3.5% and 1%, respectively, to 0.78 million TEU.

Container traffic to Asia slowed growth to less than 1% yoy, with volumes declining by 2019. Exports grew by 14% and 4%, respectively.

Commenting on the CTS data, container shipping analyst Lars Jensen noted on his LinkedIn blog that they are continuing a trend that has emerged several months ago, and confirm his assumption that the current market problems are not driven by high demand, but by bottlenecks in supply chains. The indicators also show that these problems need to be addressed not by increasing the number of ships and containers, but by eliminating bottlenecks in the system.

According to experts interviewed by The Loadstar, the massive congestion of ports, a shortage of container equipment and a shortage of ships do not allow us to speak about the restoration of "normal" liner shipping earlier than the second half of 2021.