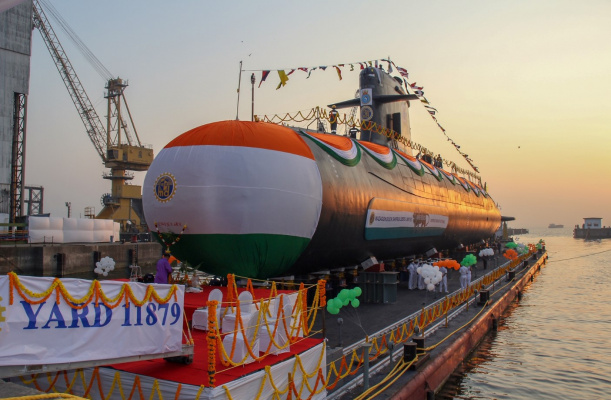 The first sea trials of the new Scorpin-class submarine of the French design were launched by the Indian Navy,

This submarine is the fifth in a series of six diesel-electric submarines, the construction of which is carried out by the Indian company Mazagon Dock Shipbuilders Limited (MDL) together with the French defense company Naval Group.

It is planned that the submarine will join the Indian Navy at the end of 2022. After commissioning, it will be called "Vagir".

Recall that two Scorpion-type submarines were introduced into the Indian Navy in 2021. The third and fourth submarines are already undergoing sea trials. The sixth submarine is under preparation.

The "Scorpen" type submarines have a displacement of 2 thousand tons. The ship's crew consists of about 40 people. The submarine can reach speeds of up to 20 knots (37 km/h) underwater and stay in autonomous navigation for 50 days. It is armed with French Exocet anti-ship missiles and German SUT 264 heavy torpedoes. Instead of torpedoes, it can also carry up to 30 mines.

France sent a frigate to the Black Sea