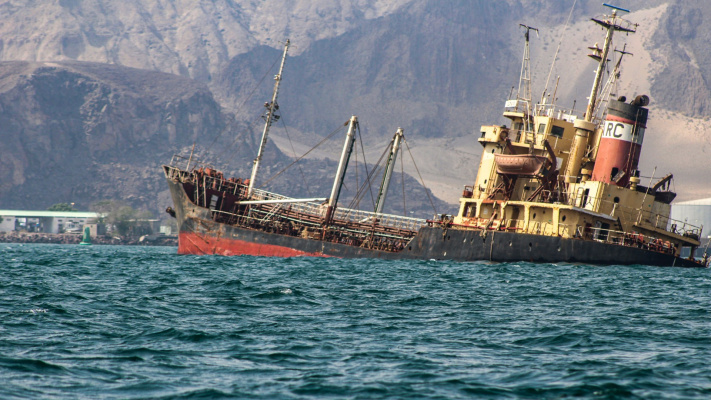 UN representatives announced the conclusion of an important agreement with the Yemeni Houthis that could prevent an environmental catastrophe in the Red Sea. It concerns the FSO Safer vessel, abandoned off the rebel-controlled coast since 2015.

There are about 140 thousand tons of oil on board the rusted 45-year-old ship, the spill of which can cause irreparable harm to the region. Various experts have been trying to draw attention to the problem for many years, but so far it has not led to any results.

UN representatives announced the start of negotiations with the Ansar Allah movement ten days ago and immediately positively assessed the diplomatic process. Nevertheless, the real results of the consultations became known only now. At the same time, officials have not yet specified any details about how exactly the designated fuel pumping operation will be carried out, and have not named the timing of its implementation.

The tanker FSO Safer, built back in 1976, has a length of 362 meters and a width of 70 meters. It came into the possession of the National Oil Company of Yemen more than 30 years ago and since then stands 60 kilometers from the port of Hodeidah, where it was used as a terminal for storing black gold.

As Greenpeace employees recently reported, a leak that will inevitably happen if the ship is left unattended can lead to an environmental disaster. If this happens, most of Yemen will be left without drinking water, as desalination plants are located on the coast. At the same time, an oil spill will cause the closure of ports where ships with food and fuel for local power plants enter. So the diplomatic achievement of the Houthis and the UN will avoid the deterioration of the humanitarian crisis, recognized as the most severe in history.

China has started testing an unusual ship similar to the Zumwalt