Testing of a new generation submarine Taigei SS 513 in Japan 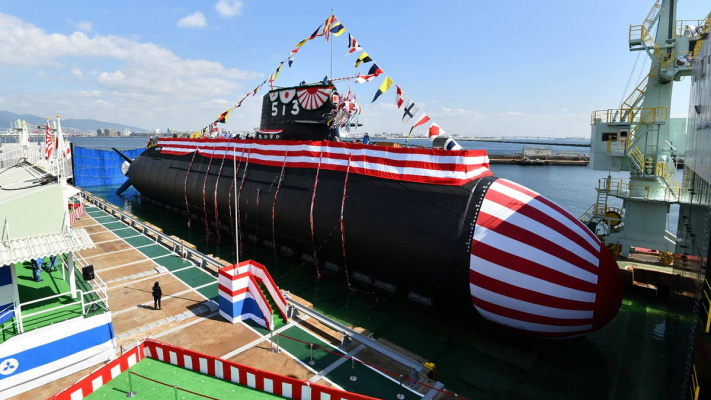 The non-nuclear submarine was built at the Kobe Mitsubishi Heavy Industries shipyard and was launched on October 14, 2020.

The submarine is planned to be transferred to the Japanese navy in March 2022. At the same time, it was noted that a total of seven submarines of this type will be built.

The non-nuclear submarine JS Taigei SS 513 is the lead sub in a series of similar ships to replace the Soryu-class submarines.

According to the developers, the new submarine has a reduced deckhouse, which should ensure a decrease in hydrodynamic resistance and noise level.

In addition, the 84-meter submarine with a displacement of about three thousand tons is equipped with a new system of low-signature snorkels, a new generation GAS, as well as new lithium-ion batteries instead of the Stirling engine.

The armament of Project 29SS submarines has not yet been reported.

US deployed fishing boat due to cruel treatment of sailors

Five merchant ships burned down in the port of Ganava