Space Travel offers to go to sailing on the Persian Gulf 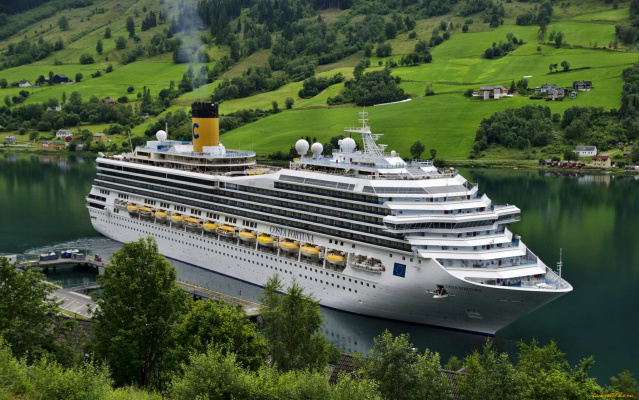 The Italian company Costa Cruises, one of the leaders in the world maritime travel market, has opened its next season. She entered it with an expanded itinerary, a new cruise concept, an updated logo and an innovative menu. There is one more piece of news that will delight Russian cruise lovers under the bright sun. Space Travel and Costa Cruises invite them to sail the Persian Gulf on the state-of-the-art ship Costa Firenze. The starting point of the cruise is luxury Dubai. The program includes calls at the ports of the United Arab Emirates, Qatar, Oman and Bahrain. It also provides time for a beach holiday at the height of the velvet season in this region.

The Italian Bruno Barbieri has seven Michelin stars, and he started his career on cruise ships. Frenchwoman Helene Darrows has five stars, two of which are earned in Paris, and another three in London. Angel Leon, a Spanish chef, has received the coveted star four times in addition to the 2019 Michelin Sustainability Award. In total, three of them have 16 Michelin stars. There is hardly another constellation so bright in the culinary horizon of the planet.

The award-winning trio has had previous experience working with Costa Cruises. And recently they became co-authors of two gastronomic projects at once, prepared by the company for its guests.

The first innovation is the Archipelago restaurants, which have opened aboard the flagship Costa Smeralda and several other ships. They are conceived as a kind of guide to regional studies. Through culinary delights, passengers are introduced to the culture and traditions of the countries on the cruise route.

The emphasis is on Mediterranean cuisine. The ingredients include everything that is original and the best that Italian producers have to offer. And, of course, seafood is widely represented, a lot of which the inhabitants of the coastal countries know a lot about. But the main ingredient in the recipes remains the proprietary secrets and inexhaustible ingenuity of renowned chefs.

The Archipelago concept provides not only a vivid gastronomic experience for each cruise participant, but also the organization of the restaurant space that is innovative for Costa Cruises. Island tables, separated by sculptural compositions and installations, create an atmosphere of privacy. And the lighting, which is focused on the food served, is designed in such a way that it feels like participating in a carefully staged gastronomic performance. In fact, each table is a small stage.

This point of the program is fully consistent with the key thesis of the new concept of cruise organization. A unique experience must be received both on board and onshore, according to Costa Cruises. Therefore, the schedule of many tours has undergone a major revision. The result is the longest port stop in history. Now passengers can indulge in excursion joys without the previous haste and fear of being late for sailing.

The changes made to the concept are so large-scale and significant that the company changed its logo at the same time. In the new version, the traditional letter "C" is wrapped in two colors. Yellow is located below and symbolizes land, that is, earth. And the azure blue took its place above and personifies the sea.

The history of Costa Cruises dates back to 1860. The founder of the future giant of the cruise industry, Giacomo Costa, originally traded in fabrics and olive oil in Genoa and Sardinia. The family business is so successful in this business that it has acquired its own fleet to deliver goods to other countries.