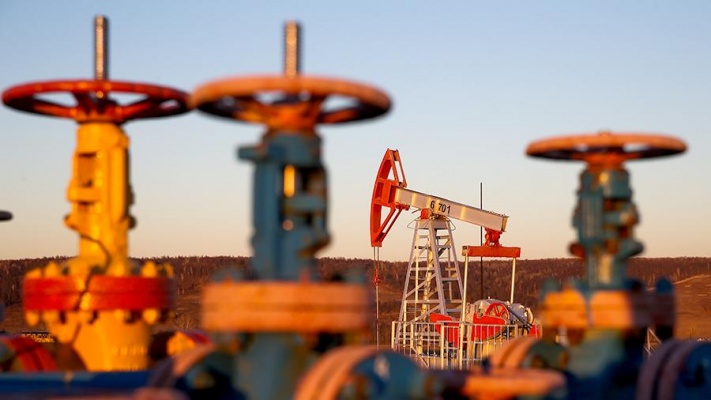 The Ministry of Energy of Saudi Arabia has instructed the state-owned company Saudi Aramco to work out the issue of increasing the available production capacity by another 1 million barrels per day (b/d), to 13 million b/d, as it expects that the existing capacity in the world may not be enough to meet the growing demand. This was announced by the head of the company, Amin Nasser, at a teleconference with investors following the results of 2020.

"We have received a request from the Ministry of Energy and at the moment we are already working in detail on the engineering part of the issue of increasing the free production capacity to 13 million barrels per day," he said during a conversation with analysts. In April last year, Aramco demonstrated the maximum production capacity-it amounted to 12 million b/s. At the same time, he assured that "an additional million barrels will not be released to the market overnight," and this will happen gradually. "We have a plan in this regard," the head of the company said.
According to Nasser, Saudi Arabia is "very optimistic" about the growth in oil demand. "If we look at the market, the demand in China is already above the pre-crisis level, Asia as a whole has almost recovered it. Europe and the US are still lagging behind. But vaccination programs, as they are deployed, will improve the situation around the world, " he said. Nasser also did not rule out a shortage of supply, as " investment in the industry in 2020 has declined significantly." "We will see how this will affect the volume of supply in the medium term," the head of the company added.

Nasser noted that oil production at the project in the neutral zone with Kuwait is currently 100-110 thousand b / d, but the capacity itself allows you to produce up to 300 thousand b/d there. At the same time, they are not taken into account in the total capacity of Aramco. "Of course, over time, production here will grow to the limit of capacity," he said.
As previously reported, the volume of capital expenditures (CAPEX) of the company in 2020 after optimization amounted to $27 billion. The company will continue to optimize its expenses this year. Therefore, CAPEX for 2021 will be $35 billion, with the original plan of $40-45 billion.
The average level of production in 2020 at Saudi Aramco was 12.4 million b / d of oil equivalent, of which oil accounts for 9.2 million b/d. In April 2020, Saudi oil production reached a historic high of 12.1 million barrels.