Pirate remains were found at the bottom of the ocean 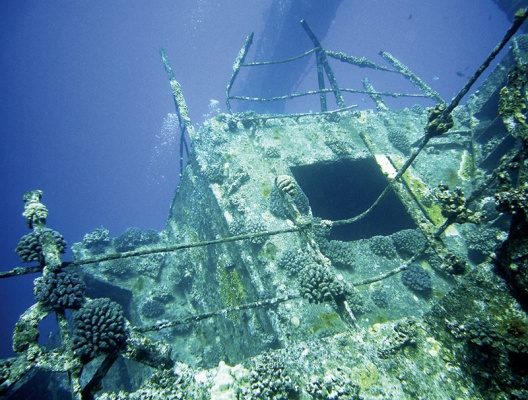 From the childhood we heard many amazing and feasible stories about pirates and his treasures. However, these were not just made up stories, it was a real fact that pirates exist. Various news channels attest to this.
Recently, for example, the pirates attacked a Liberian-flagged ship in Gulf of Guinea. Fifteen crew members were captured and one died. Moreover, The Gulf of Guinea is the most dangerous area in the world’s oceans today because of the threat posed by pirates. Also, 130 crew members, or 95 per cent of all such abductions worldwide, were abducted from ships in the Gulf of Guinea over the past year. There were at least 22 incidents of capture.
Another indication that pirates exist is the real proofs from archeologists, who found 6 skeletons in the wreckage of a  Whydah Gally, a  flagship of the pirate Black Sam Bellamy ship.
This ship was very fast for its time, developing a speed of about 13 knots. It was captured by pirates as it had some of the greatest treasures in the history of piracy. Black Sam was piracy from the Caribbean coast to Florida.  Soon he turned north to his lover, Mary Hull. He was caught in a storm at 70 nautical knots. The «Whydah» was blown to the shore and thrown on the bottom, the ship capsized, many people were crushed by cannons and died on the reefs.
And nearly 300 years after that terrible accident 6 of pirates were found among the hardened rock and sand. The bones were mixed with silver coins and buttons.
It is interesting to know that Whydah  was the first pirate ship found in 1982, and it is still the only sunken ship in the world whose status has been confirmed as pirate. Gold coins, a bell, weapons, cannons and much more were found at the site of the shipwreck, with almost 5 tons of various treasures and artifacts.

The vessel was burning with a batch of wheat