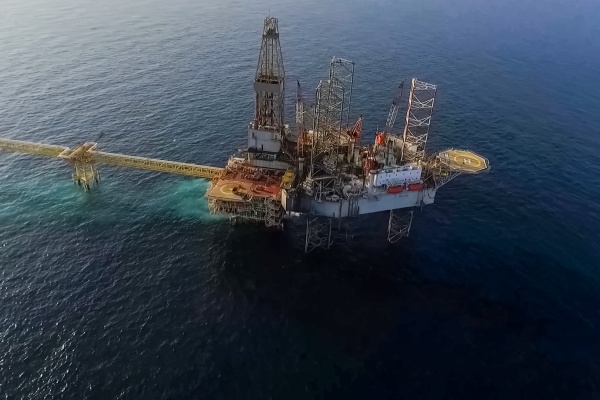 The oil market started the week with a sharp drop.
Against the backdrop of an unexpected decision by OPEC + to increase production, news from India, where the incidence of Covid-19 reached a new record, and statistics from the United States, which showed the first decrease in orders for industrial goods in 10 months, oil quotes plunged by more than 5%.

Having started the day at $ 64.6 per barrel, Brent futures fell by $ 1.5 by the opening of the US stock exchanges, and then plummeted to 61.25 after the US Department of Commerce published industry statistics.
The department reported that in February, orders for manufactured goods fell by 0.8% - for the first time since April 2020, and in the auto sector the decline reached 4.6%.

After the publication of the data, the collapse of quotations in New York reached 6%: contracts for WTI fell to $ 57.63 per barrel, stopping at a distance of 1% from a new 2-month low.
After OPEC + decided to increase production by 2 million barrels per day in the next three months, the market began to worry about the state of demand again, said Edward Bell, senior economist at Emirates NBD.
The clouds of the pandemic are gathering again over India, where on Monday a new maximum in the number of cases was recorded - 103,558 cases per day.
About half of the cases are in the state of Maharashtra, in the capital of which India's main financial center, Mumbai, has a hard lockdown with store closings and curfews.
The situation in India - the world's second largest oil importer - is "a pretty big risk," Bell says. "One major economy could fall out of history with a recovery in demand."

The third wave, meanwhile, continues to gain momentum in Europe. Germany, the largest consumer of oil in the EU, has extended the quarantine until April 18. About a third of the French population will be quarantined for a month. Most of Italy has restrictions on business and travel. Restrictive measures have also been tightened in Austria, Norway and Switzerland.
“It cannot be ruled out that Brent will return to the range of $ 50-60 per barrel as a result of the correction. This level is comfortable for most oil producers, ”says Dmitry Marinchenko, an analyst at Fitch.
A more significant drop is unlikely, he said, as the market is in deficit, even despite the growth in OPEC + supplies.