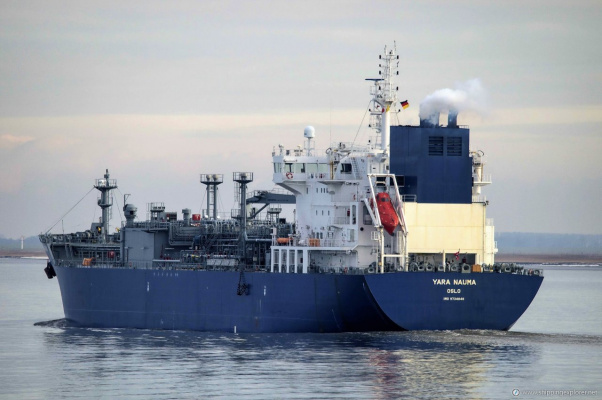 Norway is preparing to launch the world's first electric powered unmanned cargo ship at the end of the year.

The Yara International vessel must pass from one city in the kingdom to another under the supervision of engineers and environmentalists.

In the future, in case of successful tests, it will make regular flights with an impressive volume of cargo on board.

The vessel has already been named the most ecological mode of transport on the water. Its movement will not lead to any emissions either into water or into the atmosphere. However, the new item has several significant drawbacks.

The limited amount of energy in the batteries forces the Yara International vessel to navigate in the most economical mode and at a speed of no more than 13 knots. For comparison: conventional container ships sail twice as fast - 24 knots.

The Norwegian ship's two propulsion systems, 900 kW, draw power from a giant battery that takes days to charge and has a power station close at hand.

And one more inconvenience: a self-driving vessel is not able to navigate in the busy traffic in the areas of large ports.

As a reminder, DP World plans to create transshipment sea hubs in Murmansk and Vladivostok. DP World is the world's largest port operator.