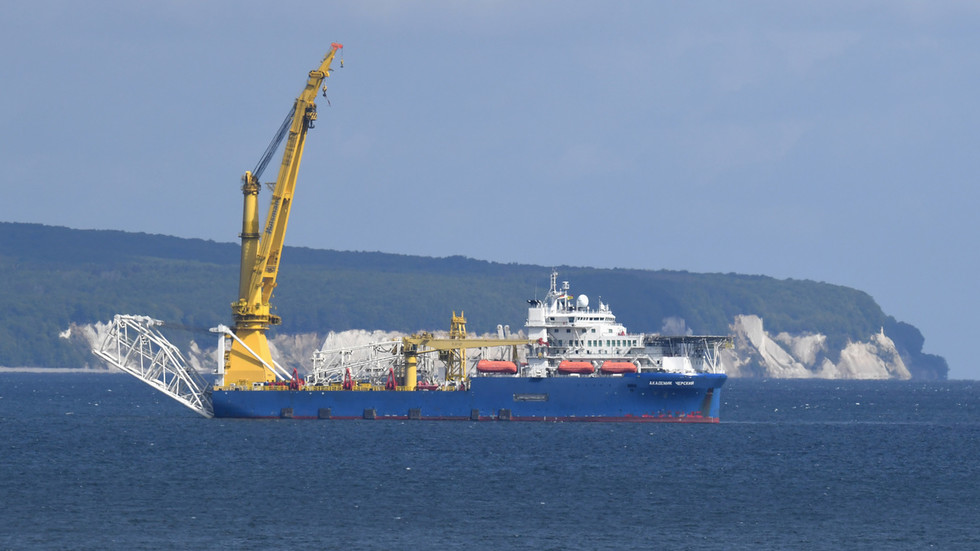 The company building the Nord Stream 2 gas pipeline has vowed to appeal Germany’s refusal to remove the multibillion-
dollar project from the restrictions laid out in the “discriminatory” EU Gas Directive.
The latest amendment to the EU rules was greenlighted in April last year, long after Nord Stream 2 construction began.
The legislature made the rules governing the European gas market apply to all pipelines to and from third countries. The
new rule means Russia’s Gazprom, which designed the project, will be allowed to use not more than 50 percent of the
pipeline capacity while allowing third parties to use the rest of it.
In a ruling published on Friday, the German energy regulator, Bundesnetzagentur, said that the massive project, meant to
pump natural gas from Russia to Germany, is not exempt from the amended European rules known as the Gas Directive.
It said that, to qualify for an exemption, the pipeline should have been completed by May of last year.
“Since the Nord Stream 2 pipeline had not been fully laid by 23 May 2019, the Bundesnetzagentur has rejected the
application for derogation made by Nord Stream 2 AG,” it said in a statement. “When it is put into operation, therefore,
Nord Stream 2 will be subject to German regulatory requirements and European rules on unbundling, network access and
cost regulation.”
Shortly after the ruling came to light, Nord Stream 2 AG vowed to use its right to appeal the decision in German courts.
According to the operator’s spokesperson, the rejection of the application shows the “discriminatory” effect of the
amended EU rules. However, this does not affect the completion of the pipeline, according to the official. The Nord
Stream 2 consortium argues that the project was economically completed by the date required to be granted a waiver.
Long before Brussels decided to amend the rules, the company had invested €1 billion into the project. In contrast, the
German regulator’s ruling is based on the technical completion of the project. “International legal experts have confirmed
that narrowing the definition of ‘completed’ to the conclusion of the physical construction of a gas pipeline would violate
the protection of legitimate expectations and other fundamental rights in EU law,” the company said. The Nord Stream 2
pipeline was initially meant to be completed by the end of 2019, but the project has not been finalized so far, owing to US
sanctions. Washington’s threats forced Swiss-Dutch company Allseas to pull out from the project in December. However,
Russia vowed to complete the project on its own. A pipe-laying vessel has already arrived in Germany, after making a
long journey from Russia’s far east. The Akademik Cherskiy, a pipelayer owned by Gazprom, is now moored at the port of
Mukran, according to MarineTraffic data, and may soon start laying the final section of the pipe. source: Russia Today

U.S.-China Tensions Could Be The Biggest Risk To U.S. Stocks This Year

China could retaliate for the Huawei regulations by means of setting US organizations on an "unreliable entity list." A sort of US businesses may be impacted need to this come to pass.

The future of Prosafe’s contract for the Safe Zephyrus flotel with Shell is uncertain following Shell’s decision not to
perform its previously planned work at the Shearwater field this year. On 13 March 2020, Safe Zephyrus was awarded a
21-day contract by EnQuest. The accommodation rig was ready to mobilize from Averøy in Norway to support EnQuest’s