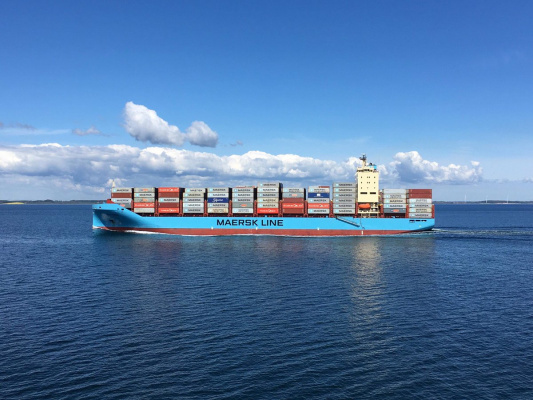 Maersk says it will reduce the number of ports to call on its Asia-North Europe routes to speed up container handling, as even tripling the dry container fleet over the past few months has not been enough to meet demand.

In its overview of the situation on the container shipping market, Maersk explains that delays accumulate in the face of growing demand, increased quarantine measures, decreased terminal productivity and disruptions in route schedules. As a result, delivery times are growing and the efficient fleet is shrinking.

Among the major ports where ships are stuck for more than three days, the operator named Busan, Shanghai, Ningbo, Yantian, Auckland in the Asia-Pacific region and Antwerp, Rotterdam, Long Beach, Los Angeles, Auckland, Vancouver, Seattle, Prince- Rupert, Savannah, Apapu, Onne, Durban, Dar es Salaam, Sudan in the rest of the regions. And only five ports are now accepting ships with a delay of less than a day: Xiamen, Qingdao, Tanjung Pelepas, Charleston and Lome.

Maersk has decided to reduce the number of ports of call on its Asia-North Europe routes to accelerate container turnover ahead of the peak season, which the company predicts will be one of the busiest in the industry's history.
According to Maersk estimates, the average growth of the global container shipping market will be 6-8% this year. At the same time, the fourth quarter "will be one of the strongest peaks in the entire history of the industry, and demand will exceed the level of 2019."

The operator associates the increase in demand in the coming months with the planned launch of new technological products and the start of sales of winter collections of fashion brands. The growth in demand will be accompanied by continued disruptions in the operation of ports and shipping lines. As a consequence, freight rates, which are already at an all-time high, will continue to rise. The situation will be most tense on the transport routes along the East-West axis: Trans-Pacific and transatlantic transport, routes in the Asia-Europe traffic.