Japanese fishing vessel detained in Russia may remain there until July 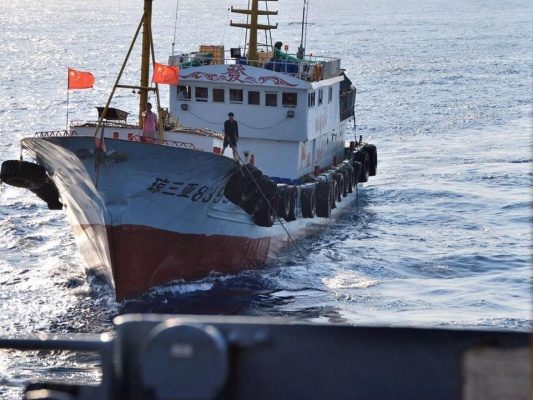 The trial on the detention case will take place on July 15.
A Japanese fishing vessel detained last week by Russian border guards may remain in Russia until mid-July.

The trial on the detention case will take place on 15 July. Nevertheless, it is possible that the ship will be released earlier if the fine is paid.
On May 28, the press service announced that a fishing schooner flying the flag of Japan had been detained in the Sea of Okhotsk after an attempt to escape. During her inspection, live crabs, boiled-frozen crab products and fishing equipment were found on board.

During the pursuit, the intruder vessel was reported to be dangerously maneuvering and threatening to collide with a border patrol ship. The vessel was detained and delivered to the port of Korsakov for investigation.
Japanese Cabinet Secretary General Katsunobu Kato said earlier that the Japanese side is making every possible effort to free the ship and the fishermen. According to him, at the moment they do not experience any health problems.