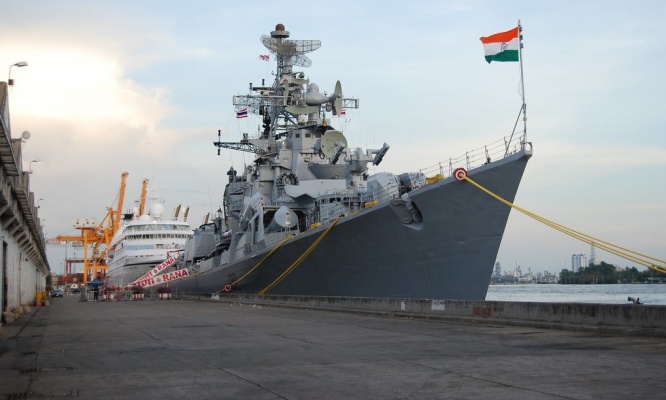 India has completed tests of the project VC 11184 ship for tracking the launches of ballistic missiles with nuclear warheads, performing reconnaissance operations and hydrographic research in the Indian Ocean.

The ship, called Dhruv, was built at the shipyards of Hindustan Shipyard in Visakhapatnam and will be part of the Indian Navy by the end of thе year.
According to the information, the ship's displacement is 15 thousand tons, the length is 175 meters. Dhruv is equipped with radars and other equipment for long-range detection of ballistic missile launches capable of delivering weapons of mass destruction. The ship will also be used to monitor telemetry data when testing Indian long-range missiles.

Dhruv is planned to be integrated into the early warning system for missile attack and missile defense being developed in India. The two-tier missile defense system is being created by specialists from the Indian Defense Research and Development Organization; it will be armed with domestic-developed Prithvi ABM anti-missile missiles designed to destroy enemy missiles with a range of 2,000 km. The DRDO specialists have already repeatedly conducted test launches of interceptor missiles, the results of which were recognized as successful.

Undoubtedly, this project is indispensable for India as the performance of reconnaissance operations and hydrographic research in the Indian Ocean is a very important part of all India's activities and contributions in this area.