French fishermen have blocked the port of Calais for the British 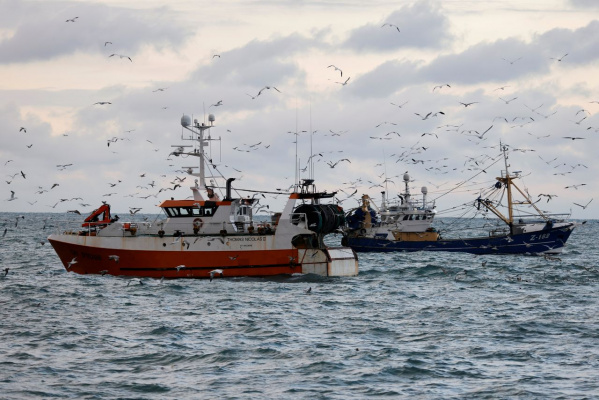 French fishermen blocked access to the port in Calais for British vessels on Friday to protest London's restrictions on fishing licenses.
According to TASS, on Friday morning about ten fishing boats blocked access to the port of Saint-Malo for an hour. The actions of the fishermen did not lead to a disruption of the maritime traffic, as due to bad weather, the ferry flights between the UK and France were canceled.

In the coming hours, the protesters plan to block the access of trucks to the terminal of the Channel Tunnel. “We don’t need handouts, we just want to return the licenses we owe. The United Kingdom must abide by the agreements,” said Gerard Romiti, chairman of the National Fisheries Committee.

France has previously announced its readiness to impose sanctions against the United Kingdom due to the escalating dispute over fishing licenses. It was planned that such retaliatory measures in Paris, as tightening the rules for the import of goods from the UK and a ban on the unloading of seafood from British ships in the ports of the republic, will enter into force on November 2. However, French President Emmanuel Macron said he would not impose sanctions until the end of the fishing talks.

Cyprus has announced drilling operations in the Mediterranean Sea