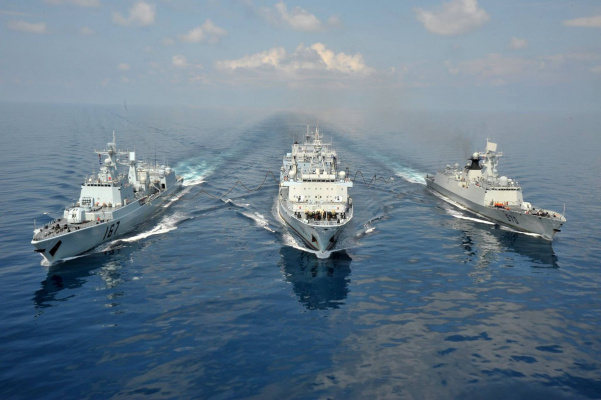 In addition to being recognized as the leader in the number of contracts and tonnage of orders for the national shipbuilding industry, the Celestial Empire has now come out on top in the world in terms of the total value of the merchant fleet.

This is the conclusion that the experts of the VesselsValue consulting company have recently made on the basis of a comprehensive analysis of the initial cost of ships and the dynamics of the corresponding freight rates. According to calculations made using this methodology, from January to November 2021, China's merchant fleet increased in value to $ 191 billion, mainly due to the increase in demand for container shipping and the corresponding increase in the cost of container ships and freight rates for the use of these specialized vessels.

According to VesselsValue, today, Chinese operators control most of the entire global container fleet, which allows them to take full advantage of the favorable market conditions and receive extra profits from increasing freight rates for container transportation. Thus, the shipping company COSCO Shipping operates about 1,370 vessels of various types, with a total deadweight of 114 million tons, i.e. almost 5% of the entire world merchant fleet.

A significant increase in the total value of the Chinese merchant fleet in the period under review was also brought by its dry cargo segment. The observed growth in freight rates for bulk carriers (for example, rates for bulk carriers of the Capesize size from January to October of this year increased from $ 16,656 to $ 86,953) actually doubled the value of the Chinese dry cargo fleet as a whole - from $ 28 to $ 53 billion.

Drill vessel Stena Forth was into the water area of Limassol

French fishermen have blocked the port of Calais for the British