Home News Fragments of a Chinese rocket almost completely burned up, falling into the Indian Ocean

Fragments of a Chinese rocket almost completely burned up, falling into the Indian Ocean 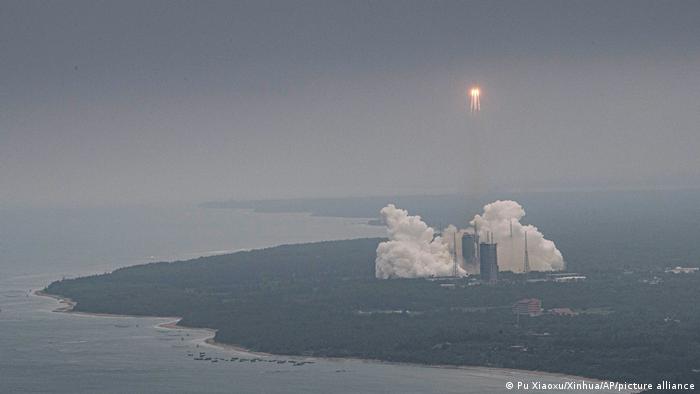 The used stage "Changzheng-5B" (the launch vehicle, which had previously launched the orbiter of the Celestial Empire into space), returned to the atmospheric layers and collapsed into the Indian Ocean. However, it almost completely burned out during the fall.

The remaining fragments reached the surface of the water at about 72.47 degrees E. etc., 2.65 degrees c. sh.

Confirming the successful withdrawal of the Chinese module and the return of the launch vehicle parts, representatives of the US Space Command notified that the fall of the second stage took place north of the Maldives on May 8 (at about five in the morning Moscow time).
The Pentagon closely monitored the missile, not excluding the risks of its fall on important ground targets.