Chinese container ship is rotting off the coast of the sea 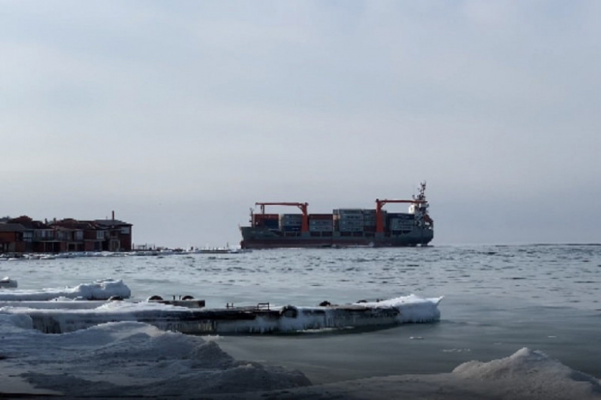 It is reported that the container ship Rise Shine built in 1999 stands off the coast in Primorsky Krai. Residents of the city of Nakhodka are seriously concerned about the presence of the vessel, in the tanks of which, according to experts of the Primorsky branch of the Rosmorrechflot Marine Rescue Service, there are still about 130 tons of fuel.

Before the unsuccessful attempt to enter the Russian port, it plied under the flag of Panama, packed with cargo. It is known that an operation was started to warm up and pump out fuel, but it was not continued. In this regard, local residents are seriously alarmed by the indifference of the authorities to cracks in the vessel and the possible ecological apocalypse that may occur.

Recall that in December last year, after the foreign container ship Rise Shine ran aground in Primorye, investigators opened a criminal case. However, only in relation to the crew. At the same time, the owner, who has a registration in Hong Kong and who should be responsible, continues to conduct business calmly.

It is worth noting that the current situation seemed to be under the control of the Governor. But now it is not known what this control consisted of, since there have been no official reports about the container ship for a long time. The ship is abandoned, there are no booms around it. And if the hull gets rusty or the skin gets damaged because of the waves? Here it is already possible to spill fuel into the Gulf. At the same time, the vessel is also not protected from vandals, since the guards could not be found either on land or at sea.

Wrecks and victims: the effects of the tsunami in the Pacific Ocean

A new trawler for 57 million