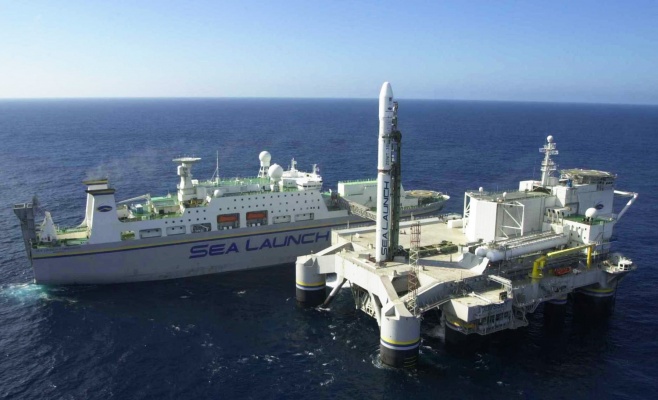 China plans to complete the construction of a coastal base and other infrastructure to service the floating spaceports by May this year.
Located in the city of Haiyan, the missile base was specially designed to serve sea launches. It will start operating in May, "Li Shaoning, deputy chief designer of the China Rocket project developer, told the publication. It will be capable of assembling and testing at least 10 solid-propellant missiles a year," he said.

According to the deputy chief designer, by October 2022, the coastal infrastructure will be expanded and will be capable of servicing up to 20 missiles per year. According to Li Shaoning, the base will specialize in sea launches of Smart Dragon and Long March 11 launch vehicles.

The project integrates production and assembly facilities, as well as all the infrastructure necessary for a sea launch. The base is located on the coast, its area will be about 18.6 square kilometers. The total investment in the project was 23 billion yuan (about $ 3.5 billion). The infrastructure includes four research and production centers, satellite equipment and communications, and offshore floating platforms.