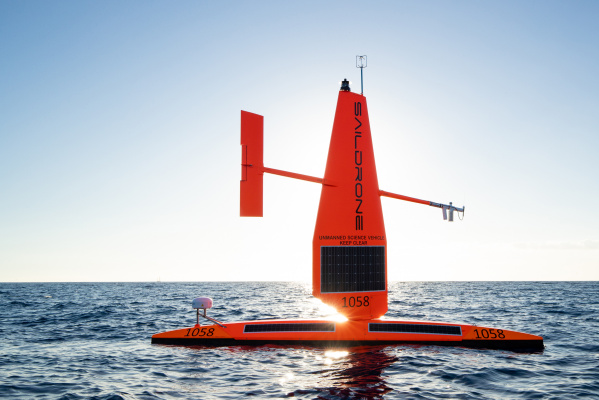 Officials of the US Navy announced the successful testing of a specialized model of an autonomous Saildrone windship, the project of which was previously developed for "peaceful" oceanographic research in remote corners of the world ocean.

According to the command of the 59th Tactical Group of the US 5th Fleet, the complex of tests was carried out by a special operations forces unit in the waters of the Gulf of Aqaba. During the experiment, a reduced (up to 7 m or 23 ft.) Saildrone variant was used, which has a lower level of visual and radar visibility.

The vessel was at sea continuously for 30 days, starting from mid-December 2021, performing autonomous navigation along a predetermined route. At the same time, "a number of sensors of various types", powered by solar panels, provided illumination of surface, air and underwater conditions in a wide strip along the transition route.

Simultaneously with this experiment, a number of other unmanned surface and underwater special-purpose vehicles were tested off the coast of Bahrain, which, together with the "paramilitary" Saildrone, are expected to be involved in major international exercises (IMX) with the massive use of floating, diving and flying robotics in February this year.

The usual version of the Saildrone device for commercial use is an unmanned vessel with a hull length of about 22 meters (72 ft.), equipped with a rigid rotary sail-wing, a complex of solar panels, a standard set of navigation sensors, as well as hydrometeorological equipment and on-board sonar.

The electricity generated by solar panels is sufficient to ensure the operation of all onboard equipment for a long period of technical autonomy (up to 12 months, according to the condition of the sail-wing). Depending on the strength of the wind, the speed of the vessel can reach up to 6 knots.

The North Atlantic, as well as remote areas of the Bering and Chukchi Seas and the South Pacific Ocean are the presumed areas of primary use of Saildrone commercial vehicles. During the voyage, the vessels carry out a pre-programmed program in autonomous mode, with a return to the base or to the board of the receiving vessel in due time.