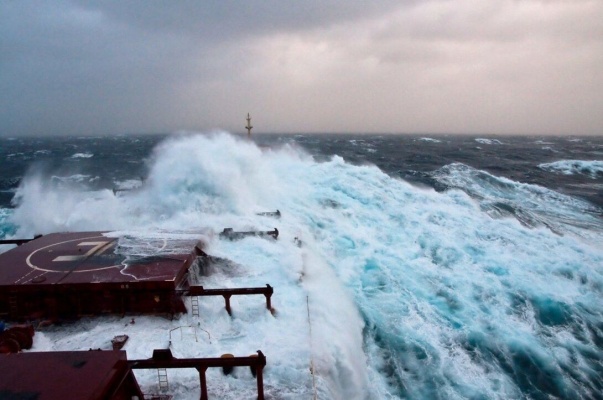 Today a terrible event took place, which India was afraid to even think about. The strongest cyclone and the most powerful storm hit the country. The speed reached 150-180 km/h and wave height was eight meters.
As a result, several accommodation barges hit a powerful cyclone near the coast of Mumbai.

It has been known that there were 4 barges. Unfortunately, the anchors of the barges could not resist the storm, so they began to drift. Moreover, when the accident occurred there were more than 705 people on boards.

One of the barges sank about 70 kilometers from Mumbai. There were 265 people on board. Rescuers managed to save 185 people. The rescue operations began immediately. Helicopters and ships were called, however, due to the ongoing storm, it was difficult to carry out a special operation to search for crews.
But the rescuers did not stop, thus they managed to save most of the crew.

The crew itself reports that they had already lost hope of staying alive and no longer thought that they would be rescued, because the engine room of the ship was filled with water, which was almost impossible to pump out. Nevertheless, rescue operations are still ongoing, as more than 75 people are missing

Coronavirus stops recycling of the ships

New announcement for the passengers