Home News A drug ship arrived on a beach in Spain

A drug ship arrived on a beach in Spain 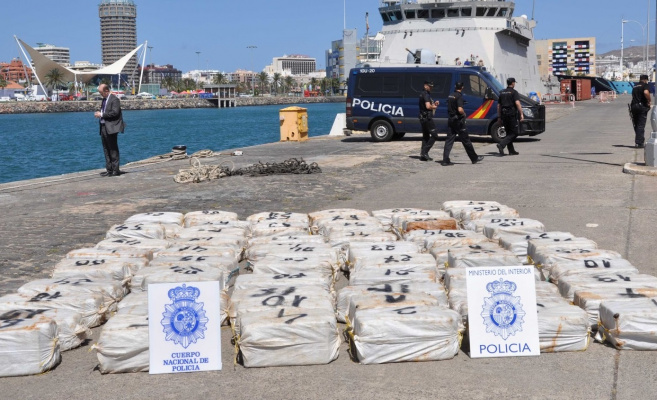 Yesterday on a beach in Spanish Granada, vacationers happened to be participants in the detention of drug smugglers after a ship with more than 700 kg of drugs washed ashore.

The Maritime Police spotted a small suspicious vessel off Melisena Beach. That, in turn, hoped to escape and at full speed went to the coastline, not paying attention to the people in the water and on the sand.

However, as a result, the ship flew into the beach, nearly knocking down a bathing woman. To the sound of police sirens, two men jumped out of it and began to run. Then about a dozen beachgoers - many of them in swimming trunks and bikinis - rushed in pursuit.

Fortunately, the police arrived a few minutes later. By that time, some vacationers, along with the police officer on duty, were already holding the captured smuggler, while other beach visitors, abandoning their entertainment, tried to track down the second. He was reportedly detained shortly thereafter.

After law enforcement officers took the first detainee away from the beach, people went to the ship to see what was on board. There they found more than two dozen neatly wrapped bags.